I’ve noticed for a lot of indie musicians, struggling to make art is looked down or frowned upon, even by their own families, is that true for you all as well? Or do you have a support system?

Ryosuke: We’re doing what we like, so we focus on that.

Do your families support you?

I know I’ve heard from a lot of Korean bands say that their families don’t see making music as real way to make a living, so they’re told to go out and get a job.

Ryosuke: Our families used to be that style (think that way) But now they support us. 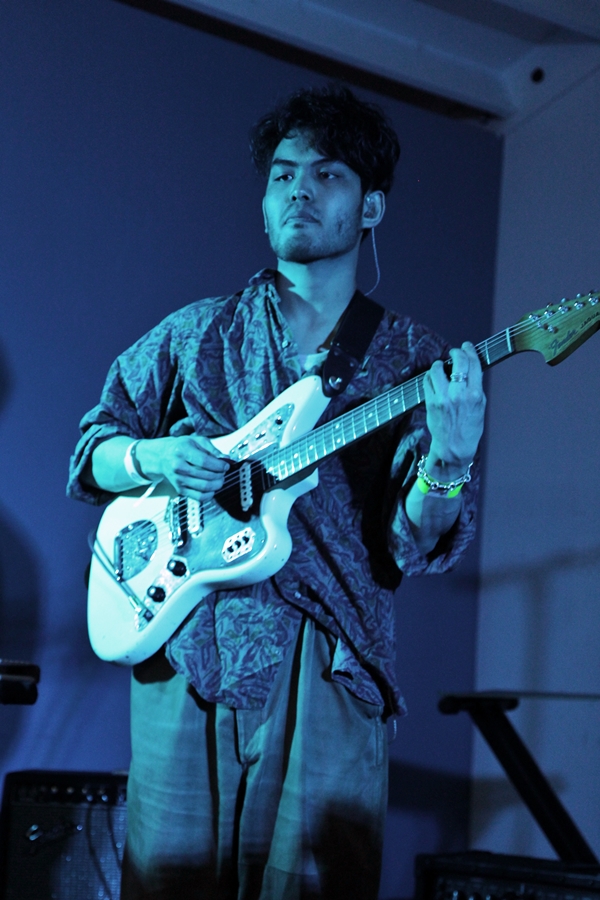 How does it feel to be back at SXSW? After your last appearance a couple years ago, a lot of things changed for you and you have achieved a lot since.

What is your recording style ?

Ryosuke:  Our recording style is, our vocalist does all the writing and instruments, and mixing. And we can share his song, we can play it on stage.

The fin. put on a great show at Maggie Mae’s on March 16th. It was a great night with many of their Japanese peers putting on equally enticing performances. Since then, the band has been touring internationally and selling out dates. If you have a chance to catch them in your city, be sure to make it a priority. They have nowhere to go but up from here, and I predict big things in store for their universally appealing style of music.