Have you noticed any differences in the recording or performing style in the UK versus Japan?

Ryosuke:  We have recorded new songs in Japan, and brought them to the UK to mix and we have mixed and mastered it there. In the UK, our producer is really putting more focus on the feelings that we express. Yuta, our vocalist has done this himself before, but now the UK producer is doing what Yuta had wanted to do for us while we were in Japan.

Do you think that Japan’s obsession with Vkei and J-Pop hinders chances for new music like yours in Japan?

Kaoru: Very sadly, the music scene in Japan, is hard, our music is starting to get out from under J-Pop, we don’t think it will be mainstream, but it’s getting bigger.

Ryosuke: But when we go back to Japan, every few months, we walk through our town, all we hear is J-Pop, so we know it’s still really big in Japan.

What do you think other indie bands in Japan can learn from your experience?

Ryosuke: The SXSW a few years ago, we played a stage then, and it was our first time to play abroad. After that we began to play abroad more and more around Asia and the UK. We shared the experience together, so we all know what we’re going through. Going through it together helps us stay together. 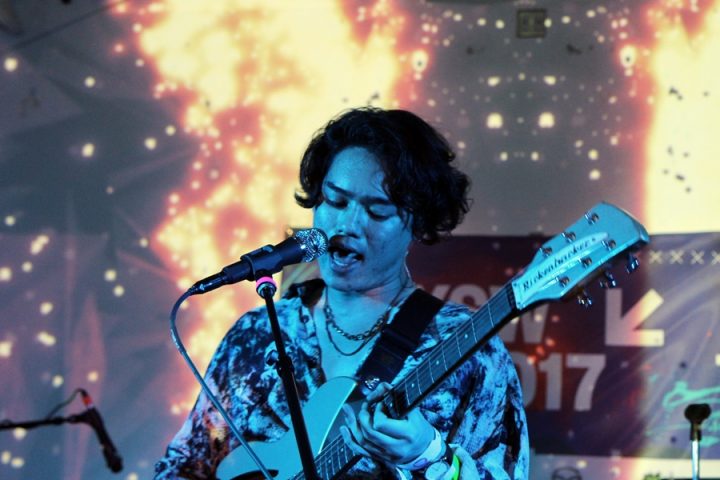 That kind of leads into my next question, you just sold out your whole tour in China, and your first headlining show in the UK – how does that feel?

Ryosuke: Surprising. One year ago, was our first tiome in China. There were just 200 people that came to our show. And now, just one year later, it’s so different, it’s so surprising.

Who are your musical heroes, who got you into making music?

Ryosuke: We have a lot of favorite bands.