When I heard that The fin. were returning to SXSW this year, I knew I had to reach out and contact them. I had missed their performance in 2015 due some scheduling conflicts, but I love their music. There is something ethereal and relaxing about the dreamy synth pop they create that relaxes me and helps settle my thoughts.

I caught up with two of the members of the band, Ryosuke Odagaki and Nakazawa Kaoru for a few minutes while their vocalist Yuto Uchino rested his voice upstairs in their hotel room. Seems he had caught a bug traveling and he wisely wanted to save his energy and vocal chords for their big SXSW performance later in the week. 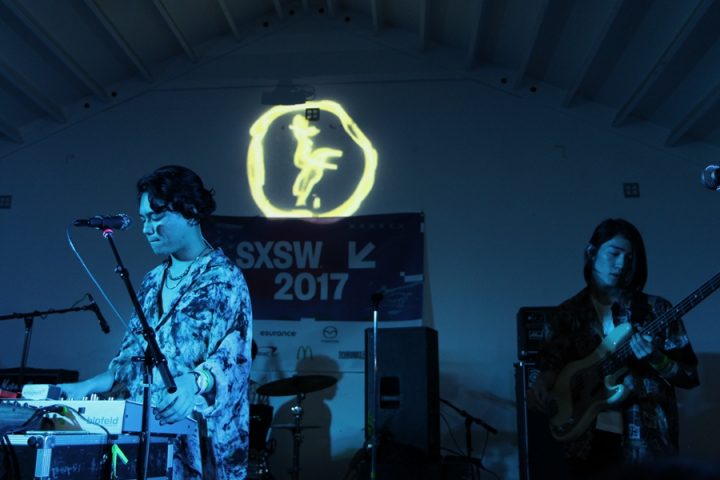 Once again, I had a little fun surprising the band.

Will you introduce one another and say something interesting about each other?

There is a collective “eh??!” of surprise from them both as they look at each other, thinking of something to say.

At this, Kaoru visibly cringes a little and laughs. Then with a mischevious look in his eye, tells me

“This is Ryosuke, he was playing football when he was in junior high and high school. AND he has ADHD.”

Ryosuke gives Kaoru a small look of incredulity, but they both laugh heartily. It’s clear that they get along well, seemingly based on their length of time as friends as band mates.

So, last fall you moved to the UK, are you still living there now?

What is your favorite part of the UK?

Ryosuke: Kent. We stay in Kent, it’s the countryside. We rent a big house where we can play our music. And we have a big garden to play football.

Ryosuke: We can do barbecue in the garden – it’s good!

Has it been difficult living abroad for the first time?

Ryosuke: I don’t think it’s been difficult. Sometimes, different language is difficult but , yeah, we can learn, our English, other language, and that will be ok.