After listening to Kristin Chenoweth’s latest album, Some Lessons Learned — and a re-run of Bewitched on TNT — I got the chance to ask her a couple of questions regarding what her latest album means to her, her music inspirations, her career and her future plans in tv and music.

Though we only got a chance to get some of our questions asked in an email, Kristin was cool enough  to get back to us as soon as possible! 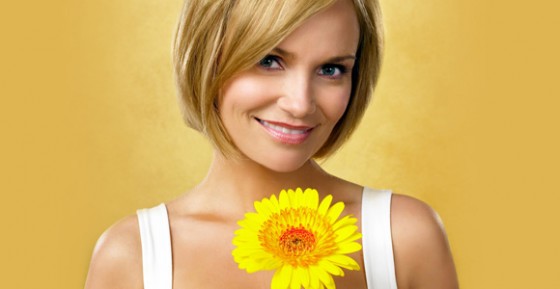 You are probably most known to the general public for singing Broadway tunes, perhaps Christian music, what makes you go and say “I want to work on a country album”? How did Some Lessons Learned come to exist?

I grew up singing that way. I wanted to return to my roots and get the opportunity to write a few songs as well.

As a Latin American, I tend to favor overly romantic and dramatic lyrics in songs, one of the reasons why I connected with country music so easily. What do you love about the genre?

I like that most songs tell a story. It is always from the heart. They are relatable and you can sing along ;)

How was the process of picking the songs in the album? — I particularly loved the first lines on Fathers and Daughters, where you go “Well you laughed and told me you’d really wanted a boy, but you cried the first time you held me.”

I was listening to music forever thinking I might want to perform that.

For one year I listened with the help of Diane Warren and Bob Ezrin. Every song has a purpose. Father and Daughters is special because I think of my dad when I sing it. I miss him! It is about a special relationship between a father and a daughter.

We interviewed Diane Warren about a year ago, what was the experience of working with her as an executive producer? How do you feel singing her material?

Diane is so fun. She lives for music. I can relate to that!

The lyrics to each of her songs are so human. I’m lucky that I was able to sing four of her songs and that she took so much interest in this project.

What was the song that was the most fun to record? I love how cheeky you sound in I Didn’t.

In your latest interview with Piers Morgan you talked about people wanting to make it in the industry without putting in the hard work. What is one of the hardest things you had to go through during the early years of your career, and how do you think that changed you?

When I first moved to New York I had three roommates. We had bunk-beds. We shared a closet. I had no personal space. I learned then how little you need to live. Looking back, those are some of the best memories I’ve ever had. It was all about helping each other and eating as cheap as we possibly could.

The YAM Magazine team loved your interpretation of April Rhodes on Glee. Will there be any other future guests on the show?

I’m not sure if April will be back, but I would love to play her again.

Since your role as Olive on Pushing Daisies — you were brilliant in it, especially when Olive had to keep the secret from Chuck — you haven’t been on television on a weekly basis. Are there any pilot scripts circling your table? What can you tell us about Good Christian Belles?

It’s about five women in the south who have grown up together in church, their spirituality and relationships with humor.

What can you tell us about your project with Dusty Springfield? Any hints?

Marc Platt is the producer! Can you please call him and ask him what’s going on?? Haha!!