Smack In The Face: Interview With Asian Chairshot

For the last three years, Asian Chairshot have been living up to their name and smacking the Korean music industry in the face with their unique blend of hard psychedelic rock.  This spring they were nominated for two Korean Music Awards, this honor comes to just their second EP release – they have yet to release a full-length album. This year, they’ve been pushing forward as an international touring band, making appearances in Singapore, traveling to the UK in a week and then hitting up some shows around Asia later this month.

I was lucky enough to get a hold of them before they’re taking off this month and had drummer Kyewan Park answer some questions.

First up, will you please introduce your band and its members to our readers?

Hi, we’re the Korean rock trio Asian Chairshot. In our band, I play drums, Heenam plays guitar, and Youngwon plays bass and handles lead vocals. 2014 has been a great year for our band so far! At the beginning of the year, we were nominated for Best Rock Album and Best Rock Song at the 2014 Korean Music Awards.

In March we played at Singapore’s Mosaic Music Festival. In a few days, we’re starting our first UK tour. In May, we’ll also do shows in South East Asia. And in late May, we’ll release our debut full-length album, Horizon. 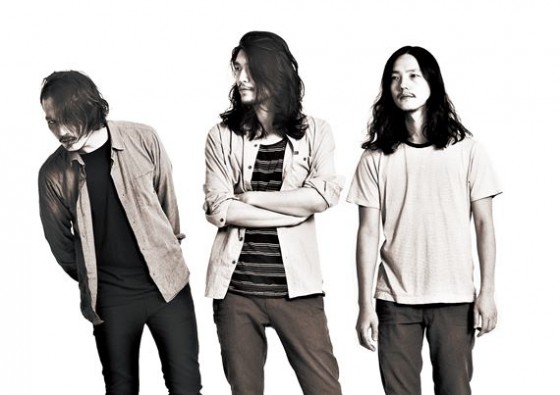 What inspired the band name?

When we were thinking of band names, we wanted to come up with something that tied into Asia or Korea. That’s why we included the word “Asian.” Having that there was essential for us. After that, we tried to think of a word that matched up well with it, so we thought “Chairshot” sounded good.

Who writes most of your music? Is it a collaborative effort?

Usually one member brings in the main melody, and then we complete the song by jamming together.