I had the concept earlier in the year when watching one of the Academy Awards Best Picture nominees as one song heard was totally unexpected (and still remains as such until now). However, the viewing of a certain foreign film finally pushed me to do this. 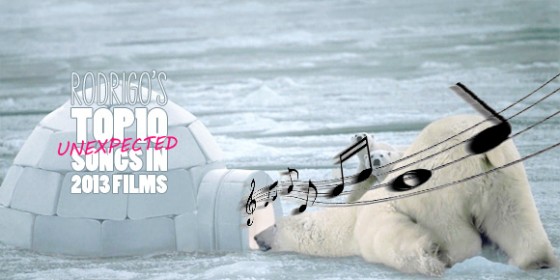 At first, I thought I could do a Top5, but re-thinking about the films I’ve seen from 2013 (depending on release), I went for a Top10 instead. For this ranking’s critieria, the films had to have at least its wide release in 2013, plus, we also have to consider that I’m a latino because that comes into play for the final 3 picks. However, I made a couple of exceptions for two films in order to achieve my list since those were nominated during the 2013 film season.

Fair warning: This will be spoiler-ish because I might mention when the songs are used in the respective films they are played.