Rocking Behind the Scenes – Interview with Patrick Connor

Last year I had the privilege of attending Korea’s biggest and best showcase festival, Zandari Festa. There, I met Patrick Connor, one of the directors of the festival, and creator of DOINDIE, a site and company dedicated to Korean indie music. I’ve supported DOINDIE in the past, and was all to happy to chat with Patrick about Zandari, one of my favorite musical experiences in my life.

How did you get your start in the Korean indie scene?

I started out playing in bands. We struggled to get shows initially, so we decided to just set them up ourselves. Things kind of spiraled from there and I ended up running charity events, a small one-day festival by the Han River, one-off shows for touring bands and more. After some time, I ended up starting my company called DOINDIE. That started out as a simple blog with the aim of introducing indie musicians to both the local and international markets. But then it quickly grew into the small startup we are today. As well as creating content like live videos, interviews and articles, we also act as an agency booking bands for events in Korea. On top of that, we are also developing a ticketing system and have recently launched a small independent label called Beeline Records. Through DOINDIE we started to help out with Zandari Festa.  Initially we just assisted with some English marketing, but last year I joined the Zandari Festa team properly and was involved in everything from selecting bands to setting up the timetables. My main job with Zandari however is to book and liaise with the international artists coming to Korea to play the festival. 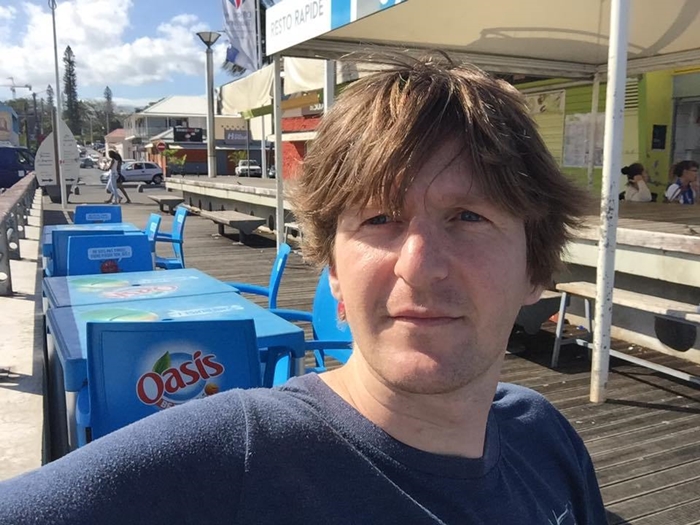 What is it about the Korean indie music scene specifically that has stirred up so much passion for you?

I have always been into music. Especially live music. I would always choose to see a show on a night out rather than going to a club or bar. I think no matter where I ended up in the world I would have done something similar. I think the Korean scene is full of amazingly talented musicians, and basically I thought it was sad that more people didn’t know they existed.

You also started the website DOINDIE, how do you think that working on the site helped prepare you for working at Zandari?

It gave me a good knowledge of the scene and how it all works. More importantly, I guess it was through DOINDIE that I met all the awesome people who are behind Zandari. Without that I doubt our paths would have ever crossed. Also, I don’t really have a background in music other than as a fan. So working on DOINDIE helped prepare me for working in the music industry on some level at least. However, even after working in the Korean scene for years, it did not really prepare me for how different the international market was. That was just a case of learn as you go I guess!