Punk in a Nutshell: Interview With Crying Nut

Korean rock music has been growing more and more over the last few years. When I first got into it, you, No Brain, and YB were the only names that anyone knew of on the surface. What do you think has lead to the awareness of Korean rock lately?

Yoonsik Park: The Internet has really helped more people discover Korean rock music.  And there’s more diversity and better bands in the Korean rock scene now as well.  In the past, there were a lot of bands that were just copying Western acts.  But things are different now.  Korean rock has lots of unique and talented acts like Guckkasten.

Everyone in the indie scene seems to be friends with everyone else, is it really as friendly as it seems, or is it really competetive behind the scenes?

Yoonsik Park: Korea’s indie scene is mostly based in Seoul’s Hongdae area.  Because most of the bands play in the same small area, it’s easy for bands to get together, hang out, and drink together.  Everyone is friendly. 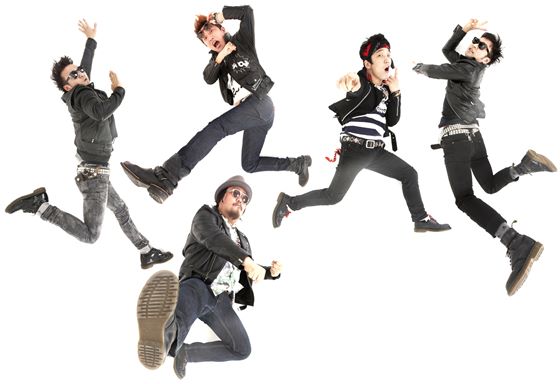 Do you think rock music will ever become more mainstream in Korea? I know it’s been a struggle for rock bands to become well known there, what do you think has helped Crying Nut become so successful?

Sangmyun Lee: I don’t know if rock music will ever become more mainstream in Korea. Rock acts are much less known compared to K-pop idol acts. But there’s always good music popping up in the Korean rock scene so maybe people will one day start taking more notice of it. For Crying Nut, I think we stood out because we were the first band to introduce punk music and culture to Korea. No one else was doing anything like that when we started our band. And I think having the same lineup for a long time has really helped us as well.