Will you be coming back to the United States again, now that you’ve seen how people react to your music?

We’ll be playing in the US again in June at California’s Sierra Nevada World Music Festival. We’d like to play in other areas in the US in the future as well. We hope to keep introducing our music to more and more people all around the world.

Do you have a favorite memory from your time here in the US?

My favorite memory was playing at Spider House in Austin for American Icon Records’ Texas Rock N Roll Massacre 2 event. Some people were crying when we played our song Connection. It was amazing to see. 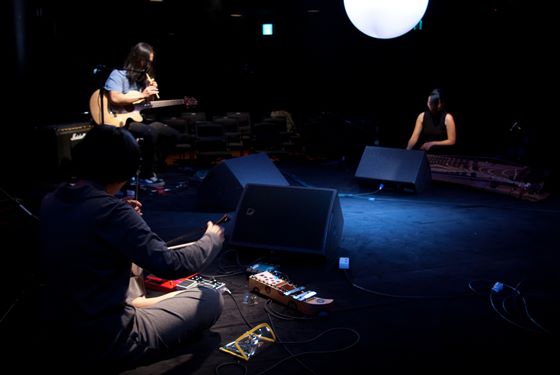 After your US concerts, you’re playing in Beijing and Amsterdam in April.  What’s up after that for Jambinai?

We’re going to be doing lots of international touring this year. In April, we’ll play in China for the Sound of the Xity Festival (影响城市之声) and in Amsterdam for the PMPS event as part of the CinemAsia Festival. And as I mentioned, in June we’ll play at the Sierra Nevada World Music Festival in California too. And this summer we’ll be playing gigs across Europe.

This spring we’ll be releasing our second full-length album as well.

Any last words for our readers?

Thank you so much for reading about Jambinai and to YAM Magazine for taking the time to write about us. Please continue to follow our band through Facebook. We hope we can meet you both online and offline in the future.