While I was in Texas earlier this month, I was lucky enough to see Jambinai perform twice, and  I still don’t feel like it was enough. Their music is powerful, and multidimensional. It’s definitely a hard sound to describe. It’s a mix of Korean traditional instruments and rock music that’s never been done before, and they sure are doing it right. The band’s guitar and piri player, Ilwoo Lee, was kind enough to answer some questions with us about their music, their experience in Austin, and what’s coming up next for this amazing band. 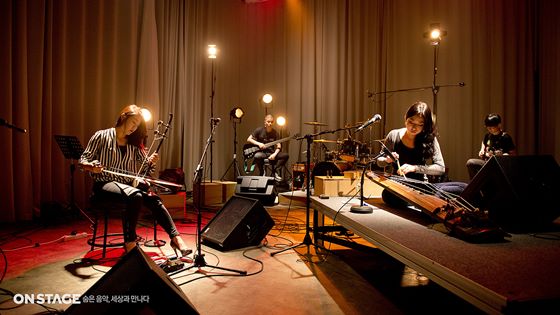 What does the name Jambinai mean?

Our band’s name has no meaning at all. People can interpret the name in any way they want.

What inspired you to work together and create such a unique band?

We all majored in Korean traditional music at university. A few years after graduating, we ran into each other after a friend’s concert. We started talking about music and realized we felt the same way about many things, so we decided to make a new band together.

I’m not sure about that.

What do you feel is the most challenging part of being a rock band in Korea? Do you think it’s harder for you, given your very unique sound and style?

Being in a band is difficult no matter where you live or what style of music you play. Musicians all over the world face many of the same challenges when trying to support themselves with their art.