Perfection in Motion: How I Fell in Love with China’s Super Girl 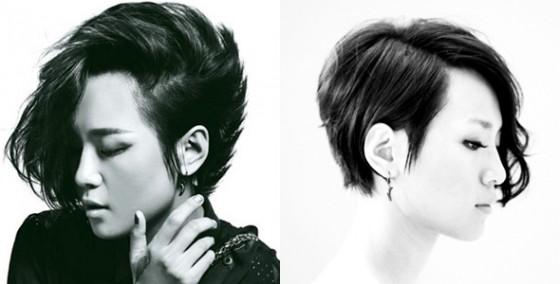 It was a story that if an aspiring Hollywood screenwriter had brought it to a major studio it would have been rejected in no time. Some hard-nosed, cynical producer would probably have read over it and handed it back saying, “That’s a nice fairytale kid, but we stopped making these kind of ‘sweet, innocent girl from nowhere becomes rich and famous, happy-ending’ movies about 50 years ago. They don’t happen in real life — everybody knows that. Why don’t you try this on the people over at Disney?”

Nevertheless, here I was sitting at the table with this phenomenon that is not supposed to exist – someone who literally is the definition of an overnight sensation. I marveled at her understated and unassuming demeanor, her natural and completely unmanufactured beauty, and endlessly charming shyness.

When performing her style of dress changes from one situation to another — and many of her outfits show the limitless and unique sense of creativity that is seen in all of her performances. However, on this day we were having lunch in a nice, quiet place with no fans or paparazzi about, so she was the picture of how to spend a casual afternoon. 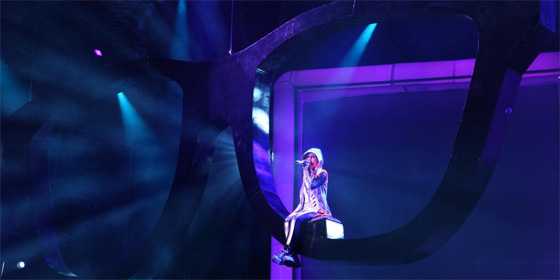 She was wearing one of her usual simple, but artistic, t-shirts, blue sporty pants, white tennis shoes and a pair of her signature glasses. The glasses are so much a part of her image that during part of her concert [1] she is lowered onto the stage while sitting inside a huge set of eyeglass frames that might have come from the set of the late 1960s TV series, Land of the Giants.

The only hint of any celebrity-like trappings is a small, 18kt white gold turnscrew-style LOVE pendant made by Cartier around her neck that she almost never goes anywhere without . It looks almost like a spent shell casing from the James Bond film The Man with the Golden Gun, but has special meaning for her. The Cartier website says the pendant is a “provocative talisman, a rallying cry for modern love, totally free from convention.”

A “rallying cry for love” is probably the best description of the effect she has on her fans and admirers. This army of her followers, called Biqin (笔亲) — roughly translated to “related through Bi(Bi),” — exhibit a beyond-manic affection for both her and her music, yet this love is kind, gentle and worshipful. 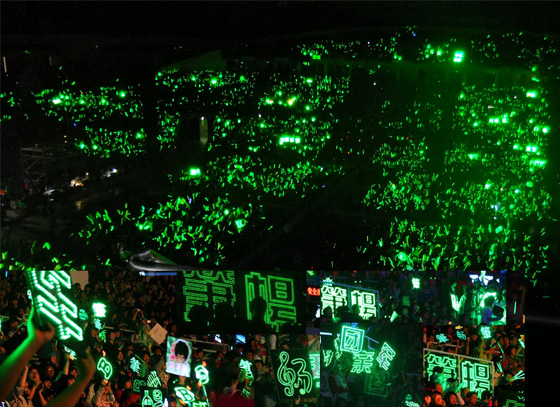 It is not manifested in wild, uncontrolled screaming at the volume of a jet engine like that seen during the concerts of the Beatles, which is about the only group ever that has spawned fandom on a scale anywhere close to hers. Many times when I speak with the fans I am told “we are all family – those of us who love her,” and I humbly count myself among them.