Ode to the Doom: Briefing with Laure Shang 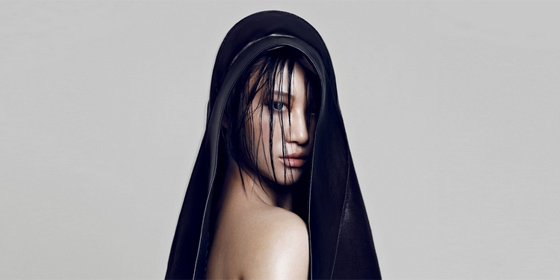 Laure Shang has taken the longest — A WHOLE year since the release of in, and since I’ve been closely following her releases — in releasing her latest album titled Ode to the Doom. Taking some time off her busy schedule, she answered some of our questions~

Hi, Laure. First, let me tell you how great it is to be able to pick at your creativity. Though I really liked your album Time Lady (时代女性) — especially the song Amis [Xiami] — I’m really enjoying the variety of music you’ve been releasing for the last two years.

Your latest album, Ode to the Doom, alongside the preview of Before the Doom, is it in any form tied to everyone’s feelings that the world is going to end this year? Is the whole album following this “doom” theme? Where did the idea for the album come from?

I don’t believe people will die because the world ends, life ends because relationships end. So I’m actually talking about the relationship of people, the beginning, the development, and the ending of their stories.

The sound you’re presenting seems to be hard to categorize, but the track Before the Doom reminds me of this spiritual folk sound, as if getting ready to get on those spiritual journeys, while Redemption [Xiami] is influenced by opera, how would you explain the Laure Shang sound is evolving?

Very difficult question. As a creator, I’m not very good at explaining my inspiration. My music is evolving, of course, that is because I am evolving. I’m a spiritual person, I live in my mind, so I listen to it when I write my music, without considering too much the question “what am i writing?”