Lady Gaga – Gagaism: From Pop Cultural Phenomenon and Why it Needs to Stop 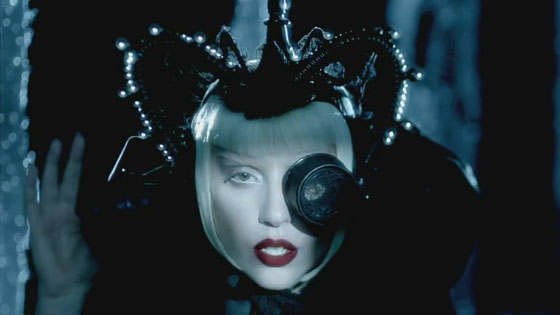 I respect Lady Gaga. I sort of like her, but she’s never been my cup of tea. I do understand why people would like her, and respect that. However, sometimes things are just… too much.

There is never a day I browse through some of the comments on YouTube or comments on any website, where there isn’t someone comparing ANY artist/musician/group to Lady Gaga. “That’s so Gaga” they say. It was cute the first few couple of months when Lady Gaga exploded into the worldwide pop culture scene and became everyone’s fave Monster Queen. She was… kinda queer, and weird, and here to stay.

Her theatricality was alluring in a pop music scene where we had forgotten about performances. There is more to performing live than just singing and looking hot. There needs to be presence, and Lady Gaga seemed like an exciting proposal. She had that engaging aura that could grab you once you were flicking through channels and just happened to come across MTV’s VMAs. That energy flowing through fire in her eyes, just like Britney in her own MTV VMA presentation [1] when she simply shocked us with skin-colored tight pants, looking at the audience as she rose from the floor and said “ooh, I did it again.”

Of course, Madonna did it from the get-go, as she frolicked on stage of the first ever VMAs singing Like a Virgin [1] — it was screechy and awkward but it got people talking at the time, and got them for more. What would she do next? What could she possibly do? She wasn’t quite ready for the theatrics, but she managed to capture the audience with her manly-suited electric strut as she put her microphone between that tight corset in Express Yourself [1] while humping the air. It was magnetic.

The visuals, the tightly bound breasts that were about to pop out at any minute,  the people on stage, and that presence. Madonna was sizzling in that performance, but she didn’t become the Queen of Pop by mere single performances. It was the hard work through the years that put her on top for almost two decades. Two decades in the world of pop where the lifespan of a star is usually five years, in which we usually move on to the next big thing. It was two decades in which one didn’t need to stand up and defend Madonna because her presence was not to be disputed.

Of course, Britney didn’t have the same luck. Five years after the killer Oops, I Did it Again performance, she was already divorced after a shotgun wedding, married again, and with her first child. By 2007, Britney was making headlines for being dragged in an ambulance and shaving her head. Britney was a cultural phenomenon in her prime, but it was never called Britneyism or Spearsism. She didn’t call her fans her Little Monsters, it was never such madness… but her fall from grace was written on the wall. Fans of Spears had to stand up and defend their idol now, her title of Pop Princess was in question and there were a bunch of wannabes who tried to become the next best thing but were burnt even faster.

But then it was 2008, and Lady Gaga exploded with The Fame. With composition skills, production, vocals and theatrics, Lady Gaga seemed like a winning combination. Everyone was talking about her, marveling at her outrageous sense of style for the good or for the bad puns. It’s not yet five years since she took stand on the world stage, yet people revere her like she’s a god among gods.