Japan, I have a YouTube Music Upload Bone to Pick with You 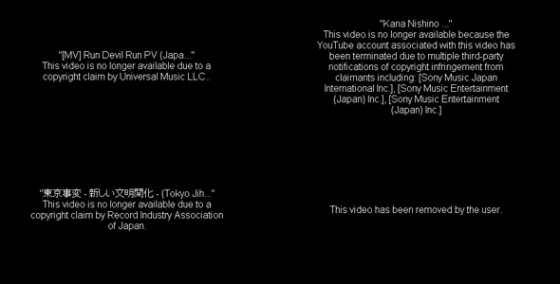 From the latest music videos we have posted that have been tagged “Japan,” at least 85% of the links are dead. Either removed by users, who have probably been contacted by YouTube and been told to remove content, or gone because users have had their accounts closed.

The Jpop fans love you, and those riding the hallyu wave love you as well. They want to see their idols in music videos and be able to share them with the world… and what better way than the ubiquitous:

Lady Gaga gets it — she even uploads her own awards show/event performances, like her latest performance of The Edge of Glory & Born This Way at the MTV Japan AID Relief. Lady Gaga is like her biggest fan. That’s her brand — you need something Lady Gaga? Get it in her YouTube channel.

You can even check out her Grammy performance, though VEVO is really screwing things up… and she should really look into uploading her 2009 VMA performance.

The Korean music industry gets it now.

They upload and create global events saying when a music video will be premiering, creating online mass hysteria by making people wait… to the minute for the upload. It should be first on their channels, and later propagated to fan accounts — in which case, they do have rights to take content down — not the other way around. You shouldn’t request someone takes something down if you’re not going to upload it!

Of course, there may be cases in which you do decide to let fans upload your content, in which case, you should at least favorite it and/or feature said upload on a list so we are able to find it when we’re looking through your channel. It shouldn’t be ideal because why would another channel be more useful to find your content, right?

This leaves me with my next point~

Of course, this is YAM Magazine and we strive for no restrictions at all. After all, we do live in a globalized world in which someone in Patagonia might be listening to 2NE1’s latest single thanks to a little something called “Internet.” So why would you deny that someone that option? Why would you tell that fan that loves your music that they can’t listen or view your single because it’s restricted in their location?

Though this is general talk, I would like to point out that this happens A LOT with Sony Music and any of its branches. If your YouTube upload happens to have SME content from anywhere, chances are it’s trouble. 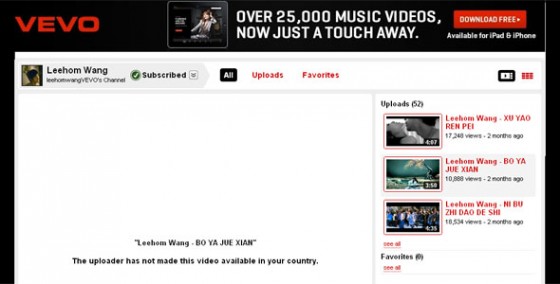 When the Japan music industry opens itself up.

I have friends who have been Jpop fans for over ten years, since we were in high school, and it’s always been troublesome for them to get the music they’ve liked. Of course, it’s easier now than it was before, but it’s still harder than Kpop, even if Jpop’s expansion is relatively older than Kpop’s.

While Kpop (official) music uploads thrive on fan interaction, comments, share buttons, re-posts, and other fandom activities, Jpop music uploads restrict comments and avoid embedding features, which only pushes fans to upload their own versions, creating a whole vicious cycle of unofficial uploads that get taken down, and the nonavailability of a product.

It is easier to share a music video on a link to a site that your friend might be used to than sending them to some hidden link within the Sony Music Japan website, so I don’t understand the reason some Japanese labels aren’t on YouTube — some as big as Sony Music Japan. 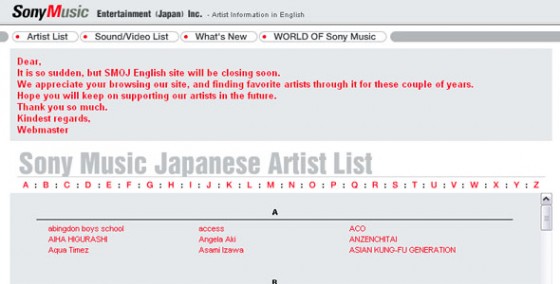 Let’s hope that the closing of Sony Music Japan’s English site doesn’t mean that they’re becoming even more shut out to its international fans who might or might not be able to browse a Japanese content website.

It’s all about interaction~

It is easier to get into a new group if you see other people talking about the group or the new music video. You get advice on what to listen to and where to look for it. It’s the modern day way of having friends telling you about this band, lending you their tapes or CDs, and you loving it so much you buy an album yourself. Except your friends now could be complete strangers with weird usernames sending you a link on YouTube and you downloading MP3s.

It’s a lonely YouTube upload when comments are closed down, even if a good amount of comments range from silly to offensive, going all the way to stupid… and sometimes really smart and witty. They come in all shapes and sizes, just like your fans.

What do you think of the Japanese music industry and its availability online?

Could they improve anything? How?

What are your favorite Japanese artists and how did you get to know about them?