Interview with The Super Orchestra 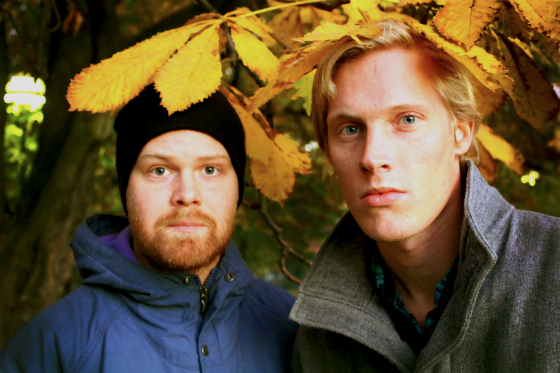 First and foremost, if you can be so kind and introduce yourselves to our readers.

Erik: We are a band called The Super Orchestra. My name is Erik and I am the singer.

Robin: My name is Robin. I don’t sing, I play other things. At the moment, mainly synths.

How did you to get together?

Robin: We have been friends since we were between 16 to 17. We met at school and we have been playing together in different bands since then.

You released your song Jealous. I must say that I really like it, both the song and the video. What can you tell me about the song?

Erik: What do you want to know about it?

When I heard it it kind of sounds like you’re singing to an ex-girlfriend.

But it can also have the meaning that you are trying to sing to a girl that you like.

Erik: The song is actually about an ex-girlfriend. Being sad about the break-up and trying to get this person’s attention by being with someone else, trying to get someone jealous.

The video is really funny and I really want to know, how much did you have to run?

Erik: Actually, I still have some issues with my right knee. I am limping at the moment, I just bought this painkiller ointment. I ran for one and a half days. The problem is that we started shooting it Saturday afternoon, so I ran for half a day. Then the main day that was on Sunday, I got the cramps at 9 in the morning and we had started at sunrise. So I was having a really hard time. Every bit of pain in my facial expressions are actually real.

You often have to suffer for your art. [points at Robin] You didn’t have to run?

Robin: No, no, I wasn’t even there. We used a moped to shoot, I delivered that. That was my part of it, then I went to work. I left Erik running.

Erik: We decided that Robin will star in the next video, and he will have to do something really hard while I stand by and watch.

He should climb something.

Robin: Like Fear Factor, something scary. Swim in slime or something…

Robin: [starting to get weary] Yeah… cockroaches… We have a vague idea of the next video, which includes a lot of bicycling. [Erik laughs] That is all we can say at the moment, thank you!

We can always have a poll posted on YAM Magazine and let our readers decide!

Robin: Sure, go ahead. Eat cockroaches… yeah, go ahead.

I will do it! And then you have to do as the readers want.

Robin: Sure, that is a great idea actually.