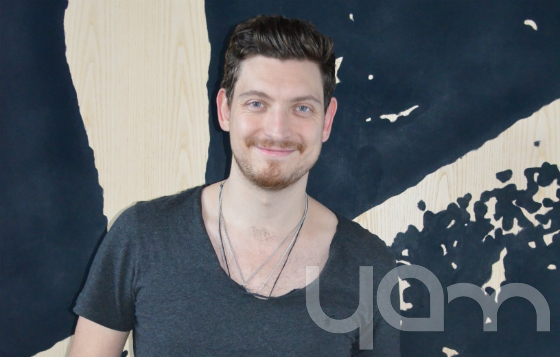 Last time you where in Sweden was 2009. Any plans of coming back to do a gig here?

Absolutely, next year hopefully. I am not sure when. We are touring in the UK in January and February and then we are doing the rest of Europe in March, so hopefully around then. We are not as well-known in Sweden as we are in the UK or America.

Well, when I announced that I was going to interview you I got so many calls from friends and acquaintances. They were all “it’s Snow Patrol!” So you are a little known in Sweden.

That’s nice to know! It would be nice to come back and play more here. That is for certain. Hopefully with this album, a lot of people will be surprised, seeing as it is slightly different. It’s a good time. There are loads of countries we would like to visit. Generally in Scandinavia — our drummer’s wife is Norwegian. We love coming here and would love to come back more often.

We are an international magazine. Most of our readers reside in Asia, for example. So, when we announced the interview we got a lot of responses from China. And what they kept asking is when you guys are going to China [laugh].

I would love to. We have never played there and we would really love to. I have never even been there. It’s weird because this is the first, in the last two years, we started to go to countries that we have never been – South America, South Africa. We are starting to venture out further, which is amazing, so if we can come to China then yes, we will go there. Yes, we will make a gig happen!

We got a lot of questions from the fans. All of them are, of course, really curious about the new album. One of the fans from China asked: “There’s a definite progression in the sound of the new album, influenced by electronic music, which more and more bands are moving towards, like Coldplay. Why is that? Is it something that the band wanted to pursue?”

All of the album isn’t electronic, but generally there’s a lot more than what we previously have had, it’s been something that always has been part of our music – certainly Gary and Tom are much more into electronic then the rest of us. We all like bands like LCD Bandsystem or even Phoenix that kind of have that sound. We just wanted to let different types of music that influence us come out on their own and not concentrate on just one. This seemed like the right time to do it because it was all about trying new things and changing it up. It’s been there in the past, maybe on Final Straw a little more, but in some albums it has been in the background, not necessarily upfront. It’s fun to have songs that people can dance to.

Yes, I read that you wanted people to be able to dance to your music.

Yeah! They never play us in clubs!