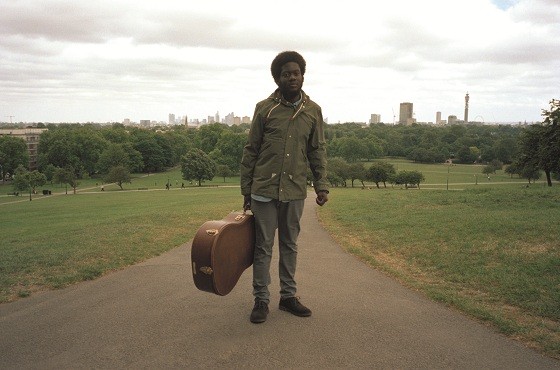 Like I said, a lot of talk about that you geting inspiration from early soul legends like Bill Withers, Otis Redding and Van Morrison, but what about modern soul? Are there people who inspired you in soul today?

Yeah, ehm, I’m into music that makes me, that is powerful, that just makes you stand still just to listen to the music and nothing else. It’s almost like someone put a strait jacket on you and you have to listen to the music and nothing else. Lauryn Hill did that. Her music was very special music. You said modern, but that music maybe came out maybe 10 years ago, so I don’t know how modern it is. D’Angelo did that as well, but again, it’s maybe not that modern. But that kind of music is still a timeless genre.

So for me, like, it’s impossible to avoid new music because it’s everywhere. I guess I just look for different things and music means something different for me than to what music maybe does to other people. Some people do music to maybe gain a massive hit, which is fine, but I want to write songs to say something and create a mood or feeling. And that’s another direction and maybe it’s hard to get out a modern soul singer because its clouded by other things. Like Usher. He is an incredible singer, but it doesn’t have the same energy to me.

Let’s talk about your new album, Home Again. I heard that you used a special type of method to create that unique retro sound. What was it?

Yeah! Yeah! So the recording was made by Paul Butler, who produced it and is also a good musician. His studio is pretty small. It has a small control room and a vocal room for one person, and we didn’t have a band, or it wouldn’t be big enough for the best way to record the album for that studio, so we had to go in and play all the instruments one by one and then try to overlay them all together piece by piece. The sound was created by manipulating it with a computer and we tried to use a floor tone to tune it up in logics. So it’s pretty high and then play it so it would create a special type of sound and loads of over-dubbing so it would seem like a big arrangement.

So tonight you are playing at “the Kägelbanan” stage here in Stockholm. Is this your first time here in Sweden?

I have played in a small club before, but I have forgot the name. It was more of this label showcase thingy, but people came down. It was just me, a guitarist and a bass player. 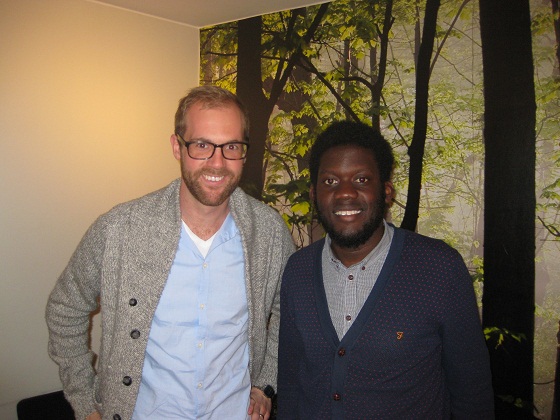 Our readers probably want to know, do you have any plans of touring in Asia?

Yeah, for a few days we will probably go to Japan in August, I think. In August or July, but we are going there. And it’s the first time we will play there, but the album isn’t going to be released there until September, so that’s the reason why we go there a bit later. But if they keep checking the website for information, it will turn up there soon enough.

That was my last question, so thanks a lot, Michael. And good luck tonight.