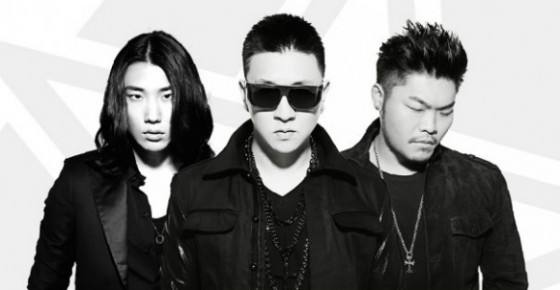 Aziatix are a trio of musicians who just last year came together to create their own unique sound. In that time they’ve managed to top the R&B charts in multiple countries, tour the US not once, but twice, and even travel to Korea and Japan to perform and release their album overseas. I’ve been lucky enough to see them twice already, and this time I was even luckier because I was able to interview them before the show. In the 10 minutes we were able to talk, I was able to learn a lot about them, and I’m happy to be able to share it with our readers here on YAM.

All three of you were working in different industries and had very different musical paths. How did they merge into Aziatix?

Nicky: That happened through our, well actually, it all happened so naturally, it’s like destiny. It all happened so natural. But, yeah, like you said we were working in different areas, different parts of the world, and it just happened that I was in Korea, Seoul working with our producer Jae Chong on my Mandarin album. While I was out there, he was like, “Yo, you gotta check out this guy named Flowsik. He’s and awesome rapper, awesome lyricist. You guys should do a track together.” So we hooked up in Seoul and we did a track together. That came out like fire, so Jae was like, “Oh, alright cool.” And then, Flowsik and Eddie, they met through playing basketball. Yeah, just real random. So they started talking about music, and they ended up doing a track together, just Flow and Eddie. And then Jae Chong had an idea, “Hey, why don’t the three of you guys get on a track together, see what that sounds like?” Because he knew we had different styles, we liked different styles of music, we sound different. So he was like, “Yo, the three of you get on a track, see what that sounds like.” So that happened to be Go. And we just kinda threw it on the internet, on Facebook, Twitter, just to see where it would go. And here we are now.

It blew up a little bit.

That leads into my next question: It seems like Aziatix has taken off like a rocket as soon as their debut was announced. Has it been tough to handle so much attention and hectic schedules?

Flowsik: Well, the thing is, Nicky he does stuff in the far east as well, but he always makes time to meet us. And when it comes to making music, we’re always able to meet up together. When it comes to traveling, to scheduling, I know it’s a little hectic, but things are going pretty well. Yeah, so far so good. Things don’t always add up, but…

Nicky: I think hectic is good though.

Nicky: Hectic means that the music is getting out, the fans are able to hear it. And so hectic is always good for us.

K-Pop and the “Hallyu Wave” have played a major role in the success you’ve already achieved. Is there a worry that that places certain stereotypes on you?

Nicky: Yeah, you know, people get that confused, like “Yo, is Aziatix K-Pop?”

I tell them they’re not!

Nicky: Actually, maybe because we’re all three of us Korean-American, which technically makes us “K-Pop”. But other than that, we don’t like to put a label on the type of music that we do. Because we grew up listening to so many different genres, from R&B, hip-hop, pop, jazz, rock, we kinda fuse that all together. That’s what makes our sound. Um, I don’t know how to explain our sound, um…

Yeah, I wouldn’t box it in either.

Flowsik: It’s pretty good because they’re K-Pop listeners who really like us, and then there are other listeners from other genres that like us as well. So, yeah, I guess, it’s sort of a best of both worlds kinda thing. Yeah, we’re very grateful.

Is there an album or artist that inspires you above all others, if so, why?

Nicky: Michael Jackson. I just grew up listening to Michael when I was a kid, watching him do his thing on the stage, was like, “Woah.” My all-time favorite. He was the best performer for me.

Eddie: I come from a songwriting background. And I like Babyface

Flowsik: I grew up listening to like, Eminem, Nas, Jay-Z, then I slowly started listening to all different kinds of artists in different genres as well. It’s very interesting how different artists pull off different themes and images, and just get creative with themselves, and so it’s very inspiring.

Are there any collaborations you would like to do, either here or abroad?

Nicky: Either here, or abroad? Oh, yeah, definitely! Flowsik just recently did a collab with uh..

Nicky: From Fly To The Sky, yeah. And that came out hot. In the future, yeah definitely. Flow? Anyone on your list? Besides 2NE1 – San Dara-ba?

Flowsik: Yeah, so many. Ah, Lady Gaga, Adele, Lil’ Wayne. So many, so many people.

Eddie: Music is like the universal language when it comes to artists that we want to collaborate with. It’s whoever has a unique sound.