What are the biggest challenges in taking your recorded music and performing it live?

K: When you’re making a recording and actual mastering and mixing our music, it was really hard because the buses are limited, we are just using a mic and an amp and mixing at my house and his house, so it was a really pain in the ass. Because we put in a lot of reverb and we were trying to make the sounds really haunting and dreamy, so actually on the stage we cannot make it (I don’t know how to say) [sound the same].

What does coming to SXSW mean to you guys? Were you really excited?
Boyeong: It’s my first time in the USA and peforming at SXSW and being here with a lot of great people, I’m really grateful and happy.

How did you feel about your performance last night? 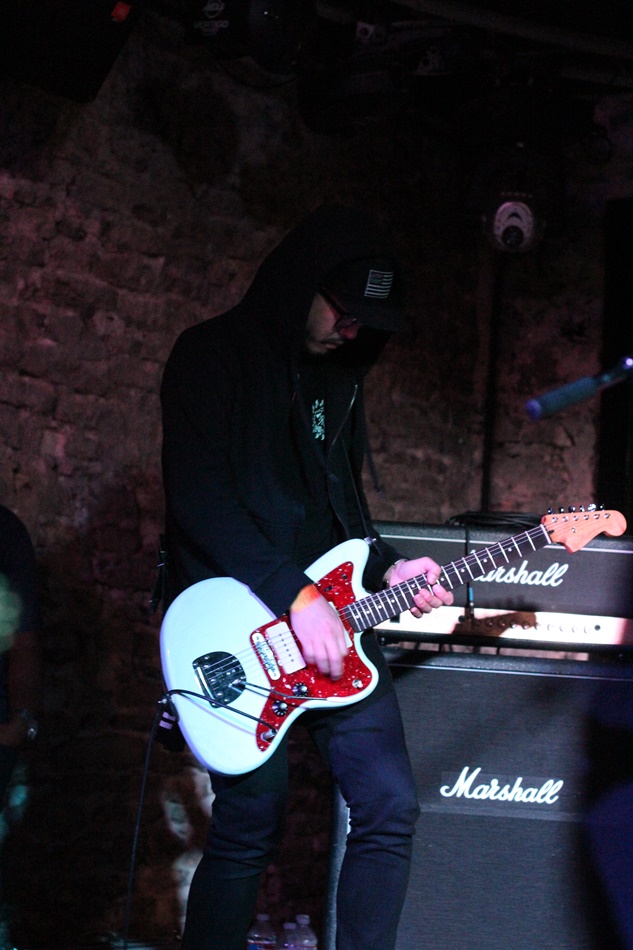 Were you expecting so many people to be there?

K: Actually I expected, because there was YB and the other famous bands in Korea, I expected a lot of people to see THEM, not us. But when we were on the stage and there were so many people, I was excited.

I think that’s what’s really great about these showcases, cuz they let people that wouldn’t find you otherwise see you live and that helps you guys gain more fans. Last year I was at K-Pop Night Out and the fans ONLY knew Hyuna and Jay Park, so I was running along the lines telling everyone about the other bands and hyping them up.

K: Actually I have a story about something like that. Actually, he was on the train, he just ran into some guys who saw our performance last night. So they told him, oh that was nice. Things like that are really exciting for our band.