Glam is Back: Interview With Victim Mentality

You’ve been performing at some big music festivals there in Korea already and performing live regularly for a while now – have you developed any show rituals, or do you have any favorite stories from performances?

Krocodile likes to try and do lots of different things with props on stage. One day he bought a smoke machine and was bragging about how he was going to use it on stage but then it never worked. Another time, he brought a whip on stage. But then a member of the audience pulled on the whip and it broke in half. For SXSW, he says he’s going to try and prepare a fire show. I’m looking forward to seeing whether he can actually make it work or not! 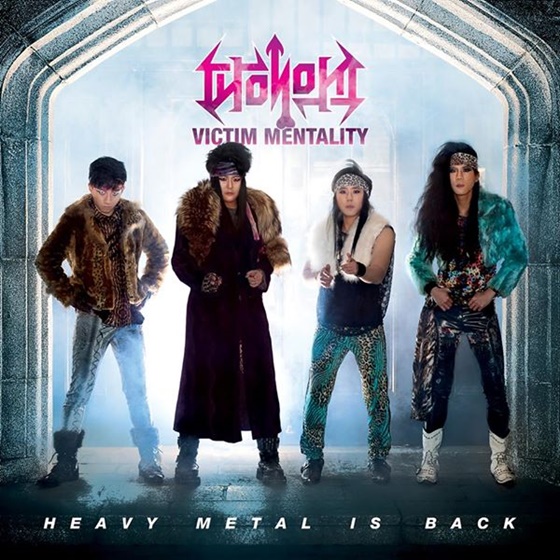 Do you have any words for our readers, and your fans?

We’ll be releasing our debut full-length album, “Heavy Metal Is Back,” at the end of March. Please check it out. And we’ll be playing songs from the album at SXSW so if you’ll be in Austin come catch one of our concerts. By the end of the show, we’ll have you believing that heavy metal is back for sure!

Thanks for taking time to talk with us here at YAM! I look forward to seeing you in Austin!

Thank you so much! We can’t to see you and everyone else at SXSW too! We’re all going to have blast together.

Victim Mentality is playing three shows in Austin next week for SXSW.

Be sure to check out the release of their first full length album later this month. To keep up with their progress and hear when the album drops, check out their Facebook page.