Getting the Total Experience: An Interview with EE

Diversity among Korean musical acts has grown slowly over the years, but the last 10 years has seen an explosion of new styles and audiences have continually opened their minds and their hearts to new things. No band has been taking advantage of this growth and or been pushing the boundaries better than self-professed “total art performance group,” EE.

EE have made a name for themselves by performing stage shows that include music & singing along with a full visual experience. Their unique style and exuberance while performing landed them a gig at the massively popular Coachella Valley Music & Arts Festival in 2011, the first and only band from Korea to hold that distinction. This year, however, EE have their sights set on Austin and SXSW. Before they fly out EE took some time out of their schedule to give us a little insight into what makes them tick, and what the future holds for the group.

Hello! Thanks for taking some time to answer questions for YAM, first can you tell us about who you are and what roles you play in EE?

little e: I handle vocals, yelling, and styling. Together, we both perform and come up with all the different concepts for our band’s performances and videos. 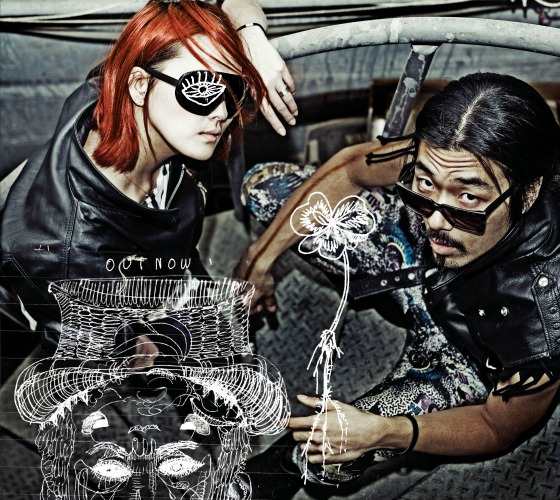 You’ve both been part of separate acts before, what do you think you’ve taken away from those experiences to bring to EE?

little e: All of my previous work experiences became the foundation for EE. I was a stylist and a member of another band for a long time. I draw on those experiences when doing things for EE.

Big E: With EE we try to mix many elements of the different kinds of art we both made before. It’s not just about music, dance, fashion, drawing, or other things. It’s about the interaction between all of the different things we like and have experienced.