Freshly Landed – Interview with From The Airport

Of all the bands at SXSW I feel like From The Airport have the most cross-over appeal. They’re music is a great blend of genres, so you can pull in any number of music fans. The lyrics are all in perfect English, so no one can use the excuse “I only listen to music in English” when they turn down a Korean artist. (I get it all the time.)

But it’s not just those simple facts that make them stand out, these two young gents are cranking out song after song that are strong compositions with upbeat melodies and hooks so sharp they’d snag a fish that just glanced at it. If you’re into the newer wave of Electronic Rock that’s flowing out of stereos across the world, you definitely need to give From The Airport a shot – and read this interview to understand Milo & Zee a little bit more. 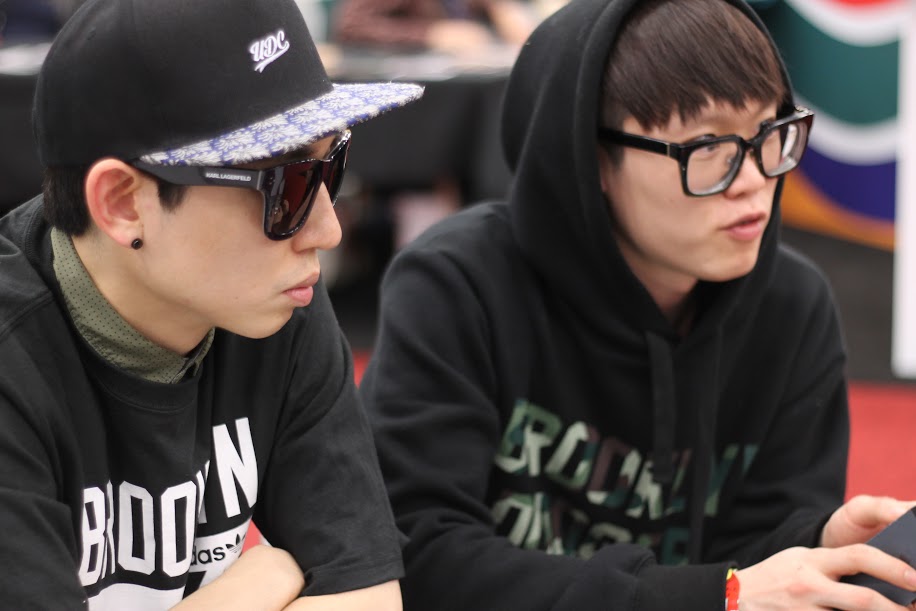 –Hello Milo & Zee! Thanks for taking time to speak with YAM readers! Can you please tell us a bit about yourselves and how you got started in music production?

Zee: I used to study film, and while I was doing film I was always interested in music ever since I was in middle school. I was in bands in, school bands and stuff. But in college I started DJing and producing music. And after I was in the army, I gave up on film writing. I used to want to be a screenplay writer. But I found I didn’t really have the talent, so I decided to do what makes me happiest, that was music. Ever since then it was a lot of music.

You’ve described your sound as Electro-Rock before, what made you choose to get into this style of sound? Was it something you gravitated to as a listener and then decided to expand on as an artist?

Zee: We both like both electro and rock. I like to listen to Dream Theater. We both like Dream Theater. I even listen to death metal and harder stuff, but we also both like the electro stuff and EDM. I guess he was more to the rock side, I was more to the electro side. So when we met it was kind of a good mix. So we decided to make something more like electronic Coldplay at first. We were trying to make something like that. That’s how we started. I thought it was a good balance between electro and rock.