Smacksoft is one of the leaders of the Korean rock movement, they’re undefinable and ever changing. They formed in 2002 and have been rocking the stage ever since. Leader Bo Ryung Whang was kind enough to answer some questions with us. 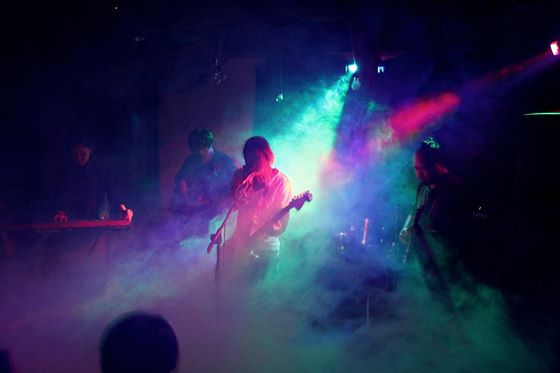 For our readers that haven’t had the chance to learn about Smacksoft yet, can you introduce yourself in your own words?

Hi, my name is Bo Ryung Whang. I’m the leader of the Seoul post-punk band Smacksoft. I handle vocals in the band and also play guitar. I also write most of the band’s music. My bandmates are guitarist Rainbow99, drummer Jin Shil Suh, bassist Ji Yong Shin, and keyboardist and synthesizer player Ha Neul Kang.

You’ve been in and out of the music industry in Korea for over 16 years now, in that time the scene has changed for rock music. What are some of the most noticeable changes?

Of the biggest changes is that so many more kids are into many different kinds of music these days. A lot more young people want to play music and form bands. And because they like a much wider range of music, it’s leading to more diversity in the local indie scene.