Etta James – The Matriarch of R&B

On January 20, 2011, Etta James — the Matriarch of R&B, the Empress of the blues — passed away at the age of 73, and with her she took one of the remaining strings to the grit and grime of true music. The woman was an artist of the highest caliber. She combined ferocious vocals with an earnestness that spoke to her tumultuous life and her unnerving ability to scratch at the very depths of the human experience. 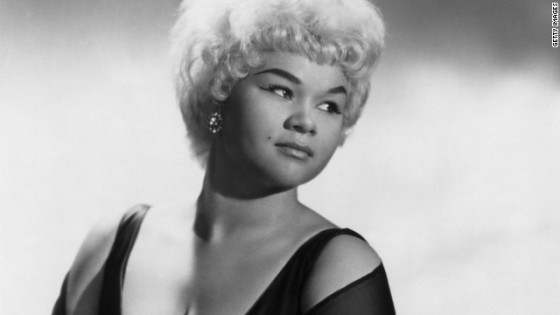 James’s life was a far cry from the sunny skies and crystal water of her hometown — Los Angeles, California. Born Jamesetta Hawkins, she never knew her father and was seemingly passed from caregiver to caregiver, as her mother had many trysts with multiple men — though she speculated her father to be white pool player Rudolf “Minnesota Fats” Wanderone, her suspicions were never truly validated.

However, any blues singer will tell you without hesitation the one way to heal the broken heart and soothe the fragile spirit is through the church. James was no exception. At the age of five she was proclaimed a gospel prodigy, singing in her local choir as well as on the radio. By 12 years old, she was a force to be reckoned with, her voice defying logic and her stage presence demanding attention.