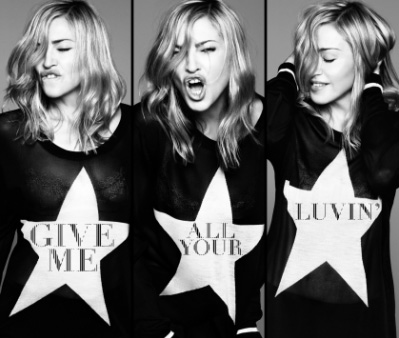 MDNA = Madonna. That we all know.

MDNA = the Madonna spirit, or what she’s all about.

While I don’t consider myself to be a fan of the Queen of Pop, so to speak (I’m not at all familiar with her discography for one), I do admire Madonna for her MDNA, meaning:

Her determination and persistence.

If we take “daring to be different” as the core definition of creativity, there’s hardly any other current singer (Lady Gaga pales miserably in comparison in my opinion) who can even come close to beating our M’am M. With her metallic Jean Paul Gaultier bra-top look and the highly controversial photo album Sex popping up in your mind as you read on, I’m sure you’ll find it very hard to dispute. 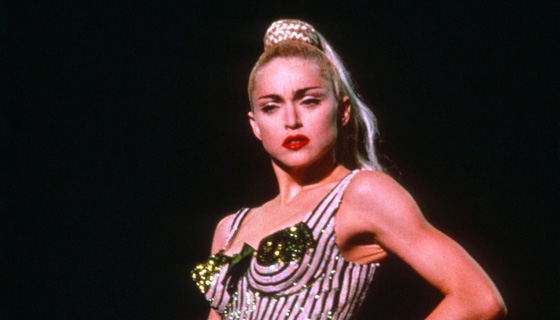 In contrast, her determination and persistence are shown more “empirically” (that is, through her action and stage performance) rather than in a theoretical sense (words). Not in black and white, at least …

Wait. I’ll have to disagree.

She did make her own declaration of determination and persistence in the form of the lyrics for the following song:

What?? Isn’t this song about being open to sex and one night stands???

It is. But but that’s only one side of it.

No need to argue. Let’s take a closer look at the lyrics:

What are you waiting for?
Nobody’s gonna show you how.
Why work for someone else
To do what you can do right now?

There’s no need for any further explanation from the usual perspective. And yet seeing this stanza the way I’m arguing for, it can also be taken as an earnest reminder to every one of us to “take heed and follow our dreams today — opportunities don’t come by as often as we might think.”

And now, my favorite stanza:

They say that a good thing never lasts
And then it has to fall;
Those are the the people that did not
Amount to much at all.

Going beyond the literal meaning, these few lines pretty much sum up the whole point of this electronic dance smash hit: determination. If we only take a minute to relate it to what Madonna has been through in her life: her involvement in an abusive relationship with Sean Penn in the 80’s, the endless accusations of her being an evil influence to her own generation and the younger… Need I say more?

This MDNA spirit is further illustrated in:

Give me the baseline and I’ll shake it;
Give me a record and I’ll break it.
There’s no beginning and no ending
Give me a chance to go and I’ll take it.

It goes without saying that this is just an elaborated way of reiterating the importance of determination. The repetitive, parallel structure of these few lines, to me, serves to illustrate the point about being persistent.

And then, this is followed by the chorus, which is totally self-explanatory — you probably know it better than I do.

True. There’s nothing new or special about the MDNA spirit.

The question is: Are you really up for it?