BiBi Zhou and the Five Directors She Should Collaborate With

The Hong Kong director is also a good candidate for a future collaboration. Though she is known in the film world for her films Butterfly — a.k.a. Hudie (蝴蝶) [Trailer] — and her 2010 film Merry-Go-Round (東風破) [Trailer with English Subtitles], Yan Yan Mak has also directed countless music videos for friend Denise Ho, a.k.a. HOCC — who also happens to star in Merry-Go-Round.

A YinYueTai version is available.

The development of Yan Yan Mak’s visual and narration style, at least in terms of her HOCC videography, concluded with their collaboration together in Infatuation (癡情司) [MV] — in both its available versions.

A YinYueTai version is available.

Bibi has already done well with gender ambiguity when she tried to hit on herself in the Kuang Sheng directed music video for Canned Fish (鱼罐头) — disregarding whether or not the video is plagiarized. Moreover, it seems she’s intent on playing the ambiguity game with recent photoshoots for Elle China and Men’s Uno. 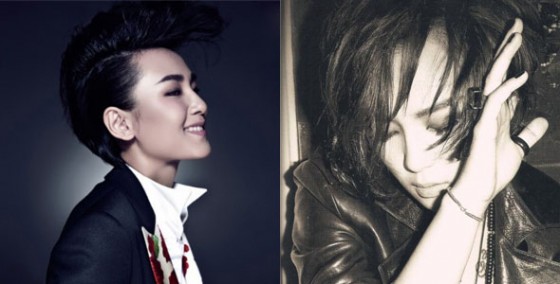