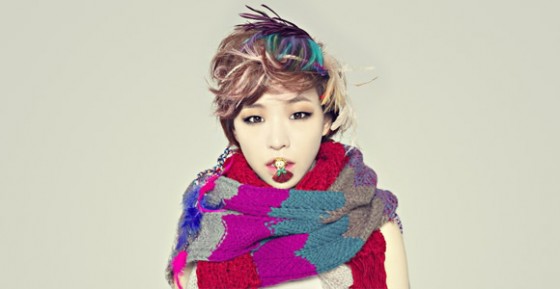 If I get a chance to go overseas, of course I would love to. But I’m a singer. I think talent is important. I want to do it, but I want to think things over calmly. I won’t change from what I’ve been doing. I’m just going to continue like I always have. [1]

She’s not yet into her 30s, but Brown Eyed Girls’ member Son Ga-In could take over the world if she wanted to. She’s got the talent, the backbone, and… of course, she’s got the sex appeal to achieve it. What’s a better excuse to browse and see a huge collection of Ga-In’s photos (without the stigma of being branded a perv) than to write about her, especially now that she’s been launched into the worldwide public subconscious thanks to Psy’s (quite) massive internet music video Gentleman [MV]. Not only that, we also got his brief snippet of Brown Eyed Girls doing their Abracadabra [MV] dance on his channel. As a fan of Brown Eyed Girls, I couldn’t be more psyched about it.

My first encounter with Ga-In and Brown Eyed Girls was circa 2010, seeing the Performance Version of said music video and being shocked beyond belief when, near the last minute of the clip, I saw the boob-grabbing. If you had ever dabbled into K-Pop before 2008, you probably were a little shocked too. If you’re just into American music, what’s a little boob-grabbing? No harm done.

More than one person was shocked with this. Come on, admit it.

The music video for Abracadabra, though completely minimalist, was flawlessly awesome. Director Hwang Soo Ah had delivered a pop music video that was pure music and style with an extra layer of sex appeal that never bordered the line of trashy that had come to raise my eyebrows. During the whole duration, there was not enough gray matter in our brains to focus on anything other than Son Ga-In (and maybe Narsha’s crooked mushroom head) — Sorry Miryo and JeA :(

First of all, her hair was amazing. Maybe not in the boob-grabbing sequence, but it certainly ROCKED in the rest of the video. Moreover, Ga-In (as well as all the members in the group) had shouted to the four winds how much they favored smokey make-up [1][2]. Since then, it’s almost impossible to catch Ga-In without her best friend: the eyeliner. 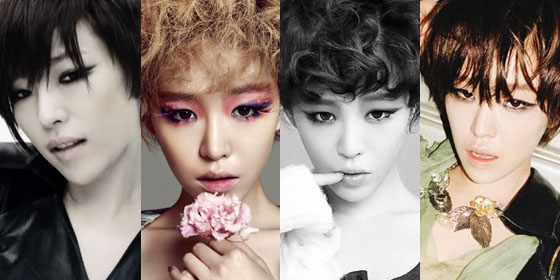