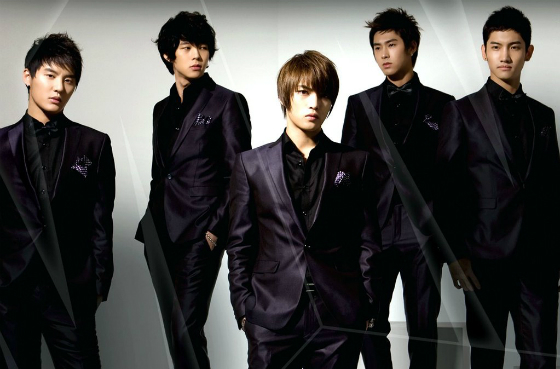 In conclusion, these are two very good albums. By comparing the ratings, yes, JYJ is a little better, but there’s no need to disregard TONE. Again, this is Kpop versus Jpop and they are very different genres altogether. Besides the language, there’s a style difference. I could pretty much go into a deeper analysis, but then this post would turn in to an essay.

What’s important here are how different both groups are. It’s clear that JYJ is doing what they want to do, singing the songs they pen down themselves and arranging them according to their tastes. Tohoshinki is relying on the production team around them. Not that Tohoshinki’s production team is bad, they have always managed to create Jpop that’s different from other Jpop in the market. But somehow that team has forgotten that Tohoshinki now consists of two members instead of five. Instead of creating new songs, they have used the old ones that were prepared for five singers — you get my drift.

When it comes to vocal talent, yes, JYJ wins by a landslide. Sorry, but Tohoshinki just can’t compete. JYJ have made songs that enforce their vocal talents. I feel that Tohoshinki haven’t thought much about it. They have kept on creating the music they always do and, it feels horrible to say, but Tohoshinki are missing three voices. But! They do work really well on the mid-tempo and ballad tracks. Somehow Changmin and Yunho’s voices blend into a sweet harmony that emphasizes the overall feeling of the ballads, Shiawase Iro no Hana being a perfect example of that.

Here is the funny part though: I have been listening to both albums very intently to be able to form a decent conclusion of my comparison. This isn’t a conspiracy rumor, but somehow, when listening to both albums (one song from TONE and then one song from In Heaven) — color me surprised when the songs fit each other very well. As in every song on both albums goes hand in hand. I find that funny because, well, seems to be that despite them being apart and doing different music, both JYJ and Tohoshinki sound the same. What it means, well that’s open for discussion/speculation/fangirl delusion, but somehow it makes me giddy.

Before you start commenting, my intention with this “study” isn’t to say who is better than the other. I still very much love DBSK as a whole and I support both JYJ and Tohoshinki. I find it interesting to compare their bodies of work to each other because there’s loads of history there. I have seen what they can accomplish together and it’s interesting to see what they can do apart.

DBSK were once giants in the world of Kpop, so big that no one could touch them. Now that they are no longer together, will their new music still appease the old fans? Will they be able to gain new fans? Competition in both Kpop and Jpop is getting intense with new acts coming out as well as Kpop idols being able to gain mass popularity in Japan (thanks to how BoA and DBSK have paved the way for them). Will JYJ and Tohoshinki be able to stay afloat? Will their music throne be threatened? Many questions, few answers. Only time will tell what will happen with these former group members.