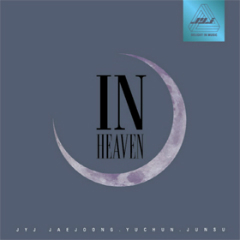 Finally a JYJ album that is good. When they released The Beginning, I kind of cringed. First with the song Ayyy Girl and that horrendous music video [1]. I had a real hard time trying to listen to the guys in English. So, for the most part, I didn’t. With this album, I am back in love with JYJ.

Much of it is thanks to their beautiful voices. There’s something about them singing in Korean that is just so right. Add the fact that all of the songs from the album were either written, composed or arranged by the guys themselves, it makes the album more personal and heartfelt.

What makes this album good is the mix of musical styles. The album consists of ballads, mid-tempo tracks and dance tracks — something that JYJ brings from their time being in DBSK. I would like to say that they took the best from the past to pave the way for the future. There’s no denying that this album is very much JYJ, but there’s a touch of that old DBSK sound. They have taken what they learned and adapted it to fit them as individuals. So far, one of the best Korean albums released in 2011.

I need to add one last opinion here. The song In Heaven, what a pearl of a song. One of the better power ballads that JYJ has done. It reminds me of Love In The Ice and Proud. That song gives me hope for the future of JYJ, but also reminds me what made me fall in love with them in the first place.

Best tracks: All of them