As China’s stature on the world stage grows, so is the attention being paid to its music industry, and for good reason: With 620 million mobile users and 420 million Internet users, it already has the potential to be the world’s largest music market. A consumer population that massive will also have growing influence overall on what the world listens to. What is much less understood is that when one looks at China’s music industry, they are really looking at a mirror image of Taiwan’s, which has played a pivotal role in the development of modern China during the last 60 years. 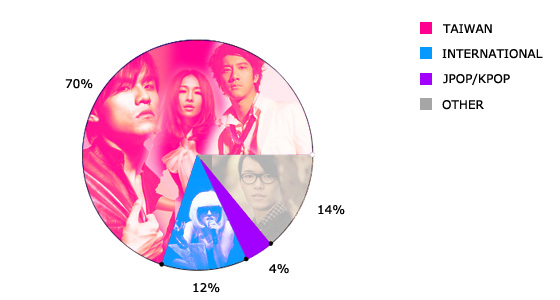 In order to better understand this often underlooked music market, I had the opportunity to interview Mr. Tsu-Tsu Wu, who is part of the Taiwanese delegation attending this year’s MIDEM conference. In addition to being President of UFO Records, Mr. Wu is the Founder of The Association of Recording Copyright Owners (ARCO) and The Music Copyright Society of Chinese Taipei (MÜST). In recognition of these outstanding achievements Mr. Wu was presented the “Special Contribution Award” at the 16th Golden Melody Awards (equivalent to the Grammy Awards).

Mr. Wu was also the co-founder of the Rock Record together with Sam Duan. Later he formed UFO Records and produced, released and managed many top-chart selling pop artists. In 1993 he sold UFO Records to Warner. He was president of Warner Music in the Greater China Region for 5 years. During his time at Warner, Mr. Wu released the first Chinese international pop album, Dadawa’s Sister Drum, to the world market. He also arranged Dadawa’s performance at MIDEM during the mid-1990’s. Sister Drum sold over a million copies worldwide, and remains the only Chinese album to have sold over a million albums worldwide.

I’m pleased to share Mr. Wu’s insights on Taiwan’s pop music industry, it’s influence on the mainland, the role of new medias in developing talent and MIDEM 2011. But I’d first like to thank John Solakian and Yvonca Ning for allowing me to share the interview in both English and Chinese. (Check the Chinese version over at MusicDish)

You’ve been a key figure in Taiwan’s music industry over the last 20 years. How has it influenced mainland China over that time? Is it likely to wane in the future as China’s culture sector develops?

Because Taiwan and China share the same language, Taiwan’s pop music was able to enter China even before the relaxation of travel restrictions. The likes of Teresa Teng and the early campus folk songs, and later Julie Su and Small Tiger Ruan, all used various commercial channels to enter the China market.

Even though the market initially lacked the types of music young people sought out, Taiwan’s and China’s youth found ways to get desirable music. Even back then – and without exactly knowing how to go about it – the fact that Teresa Teng could have such hits in China showed how Taiwan’s pop music could have a profound influence in China. 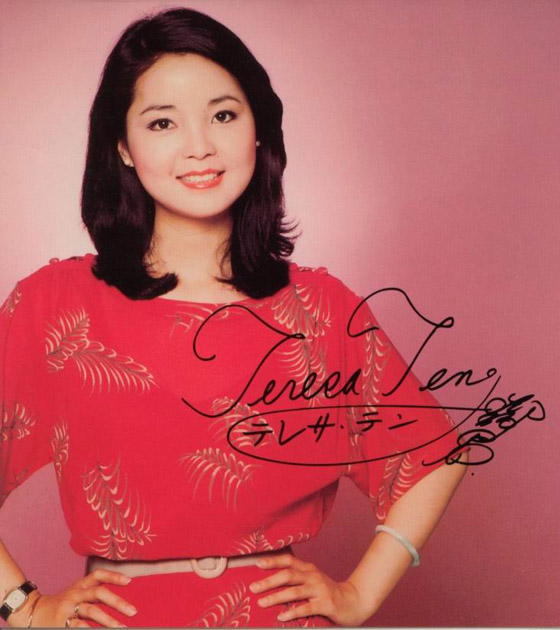 With the relaxation of travel restrictions to China over the last 10 years, and with Taiwan’s pop artist now performing in China, Taiwan’s pop music has become even more popular. In China’s market, music skill is not necessarily the key, rather it is the difference in cultural level that has really had a major impact. Taiwan has focused heavily on education and has produced many people good songwriters. By contrast, China went through wars and the Cultural Revolution; therefore, the level of songwriting is not as deep as in Taiwan.

The original pop music structures were very simple; one could humm and produce a song. However, with the involvement of today’s powerful media, promotional efforts and music have merged to create new pop music. Still, good music needs packaging and a certain degree of polish in order to become popular. By contract, Mainland China has jumped ahead with highly popular songs like “Two Butterflies” and “The Mouse Loves the Rice” that become instant classics after their internet releases. This type of situation is rare in Taiwan.

The large consumer market potential in mainland China will surly create new opportunities for further market development. Yet, as the packaging of music and business operations skills – patterned Taiwan’s models – become matured, Mainland China’s creative talent will still take a long time to develop. While many Taiwan music professionals have gone to Mainland China and helped the mainland market accelerate its commercial business maturity, their impact will be more powerful when combined with the powerful media effects the market creates. Creation and invention continue to be Taiwan’s strengths. Taiwan has a free creative environment with limitless possibilities. And even though making music may not be profitable, there are still healthy amounts of manpower entering the music industry.

Through government support and business sponsorship, South Korea’s cultural and creative industry developed significantly in a short period of time. I believe Taiwan government should work to shape a fair competitive environment where talented and creative people have space to work/create. Mainland China may be slightly behind, but it has political will; with a lesser degree of freedom, government authority is relatively strong and can effectively push policies through.

Is it likely to wane in the future as China’s culture sector develops?

Mainland China’s pop music standards are based on Taiwan’s. It also draws on Taiwan’s talent to produce music. From the recent cross-straits interactions that frequently appear, it is evident that Taiwan’s creative and cultural content retains its lead, but in terms of its general direction, China will remain with the greatest advantages for future development.

From the internet to mobile phones and ‘Idol’ competitions, the Taiwan music industry has seen many changes over those same years. Foremost have been the changes in how consumers interact with music. Do you feel that these changes have had an overall positive or negative impact to breaking talented pop artist?

An organized functional music industry was not formed very long ago. With the invention of the first phonograph by Thomas Alva Edison, it is at most 100 years old. From the vinyl record to today, music to people, the essentials remain the same: the lyric, the rhyme and the artist. If observed carefully, it is just new means of promotion and marketing that have brought revolution to the industry. Unlike the past, artists do not need record labels to release music – they can now do it from their basements.

In the past, as long as you had good music, you were guaranteed to make money. But, this is no longer the case. During Taiwan’s period of martial law, all media was monitored and controlled by the authorities. With such limitations, the marketing of music quickly achieved the best results in the shortest amount of time. Nowadays, music marketing has become far more costly and time-consuming, even while trying to achieve the same – or far less, promotional outcomes. But people still need music, and the media changes the impact to the music creator and the music business model. But the industry’s value has also appeared in other areas; it is not just physical products generating revenue. Currently, 5% of the population makes 95% of the profit. So whoever leads the market occupies the greatest market share and enhances the entertainment business.

If we look at those artists from the pop idol shows and the individuals from blogs, the ways they have become famous are different from those in the past. The pop idol artists have the advantage of connecting with the media and have priority in terms of distribution. Some music talent does not like being on stage as the pursuits of their ideals and goals is different, while others – not as talented – may know how to use the commercial operation to make themselves famous. But, those who truly love music and who naturally go after it – will create new ideas and ‘send off sparks’. Of course, not everyone can succeed; it is still depend on the artist’s own character and hard work. It is almost impossible to be famous overnight.

As a president of Warner Music in the Greater China Region, you released Dadawa’s “Sister Drum”, the only Chinese album to have sold over a million copies worldwide. What were the ingredients to Dadawa’s worldwide sucess in the mid-1990’s? Will it be replicated in the coming decade?

At the time, it was mainly because I personally liked the album, plus I was working with Warner closely. I had the opportunity to present this album in Hong Kong to Warner’s top executives and take advantage of Warner’s complementary strengths. As a result of these favorable events, the world had chance to listen to her music and the album was later a finalist at the BBC World Music Awards in the Best Album category. 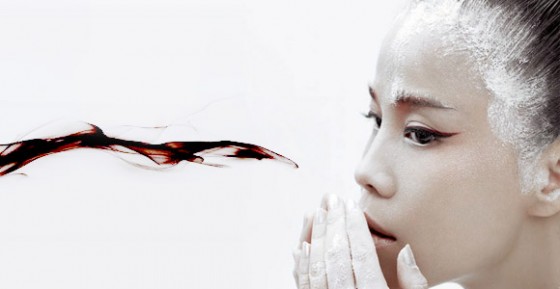 Previously I mentioned Julie Su and Small Tiger Ruan – during that same period there was a revolutionary artist in China, Cui Jian, whose critical consciousness and rock spirit created a great impact in China, making him the most representative figure and drawing worldwide attention. In comparison, while the top artists in Taiwan may not receive full attention from the international market, in the future if they become famous in China, they will have the world’s attention. Perhaps this is the advantage China really has. So, not only must Taiwan’s artists work hard to become number one in Taiwan – they must also work to become number one in the greater Chinese world.

You also arranged for Dadawa’s performance at MIDEM in the 90’s. What role will MIDEM play in 2011 for Taiwanese music companies and artists?

The winners from the Golden Melody Awards should have the opportunity to perform at MIDEM – this should be encouraged. Taiwan needs to showcase its good work and determine which artists should test the international market. The artists with real potential should get exposure in as many different venues as possible – MIDEM is one example – and be promoted everywhere.

My purpose in attending MIDEM is not only to speak at this Forum, but is mainly to research more new knowledge. There are a lot of unexplored areas; it would be interesting to check them out and see what opportunities develop. I do feel great an honor to attend MIDEM and speak for Taiwan at the Forum, through this my hope is that more people will recognize Taiwan.