WARNING: There’s a lot of girls on this list, so be warned if you’re more into the masculine side to pop music. 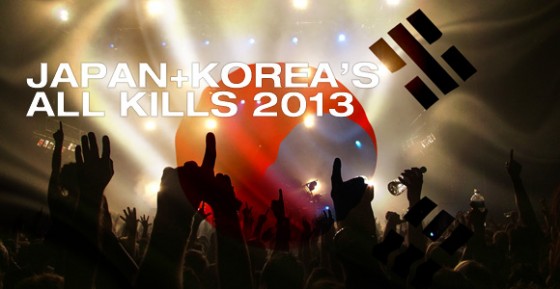 After a year of keeping tabs on pop and indie in my new home of South Korea through YAM Magazine and Trickster Trickster, it’s time for a rundown of the best tracks from the peninsula this year, along with a look at Japan and cultural cousin of sorts Taiwan.

K-pop has always had awkward rap solos, but this year saw the main girls take a bit more from the hip hop field and add that hallyu sheen of everything but the kimchi sink. Girl’s Generation came out in January with the genre-bending epic I Got A Boy, which was mainly street swagger cut up with showtune, bubblegum and electro that managed to land on TIME‘s top 10 songs of 2013 [1].

Spring then saw 2ne1’s CL go solo with The Baddest Female [MV], which sounded like a Missy Elliot dubstep remix in slo-mo trap. The ‘onniii!’ breakdown is particularly inspired.