Rodrigo: Anyways, I’m watching The Borgias is on tv, but that’s not related to music or PSY. And it’s not like Jeremy Irons will do the dance moves on Season 3, but try could try an inside joke by having any of their cast members riding a horse. Speaking of horses… why does it annoy you that around here Gangman Style gets called as “El Baile Del Caballo“?
Amy: It bothers me because it somehow shows me people don’t care enough to even learn the name of something. It’s like me referring to a person as “that person” instead of learning their first name or last name.
Rodrigo: I see.
Amy: I could take the Psy Song or the Oppa Song.
Rodrigo: But it’s easier to popularize the song with that nickname around Latin America. 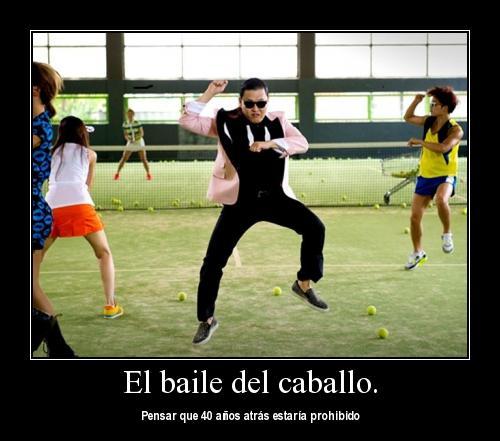 To think that 40 years ago it would have been forbidden.

Rodrigo: But do you think Gangman Style will remain popular here during the summer?
Amy: It depends on how much they milk it in the US, I think. If the US gets bored by December (which is a long way from now), it might never make it to summer.
Rodrigo: Ai Si Eu Te Pego was released in October 2011 and Mr. Saxobeat was released earlier in 2011, but both got massively played during the 2012 summer in Lima.
Amy: I don’t spend enough time in clubs to know if they’re playing the song now, though. Maybe by the time summer hits, clubs in Asia will be playing the song non-stop.
Rodrigo: I don’t club much, but when I was employed earlier this year, those songs were pretty popular. I fucking hated the Teló song, but I did like the Stan song despite her album being repetitive. Dunno why I liked it at first, lol.
Amy: You know what I would hate the most from the popularity of Psy, though? Imagine if any asian person for some reason is wearing a fitted suit and sunglasses. I would hate it if people would ask me or them to do the dance.
Rodrigo: LOL
Amy: It wouldn’t matter if you’re Chinese or Japanese… just because you’re Asian.
Rodrigo: Imagine an Asian guy cosplaying as Don Draper from Mad Men that gets asked to do Gangman Style instead.
Amy: That’s my biggest fear, specially for Asian men who have been the stereotypical funny Asian dude… and every time there seems to be some small chance of breaking, something pop culture happens and it goes back to that.
Rodrigo: CBS’s 2 Broke Girls had easily the worst Asian stereotyping I’ve seen in years.
Amy: Oh, I’ve seen it. Just last night.
Rodrigo: The Asian guy is the worst.
Amy: I don’t watch enough of the show, but I do kinda laugh with the two girls. I don’t care about the other related characters, like their creep boss.
Rodrigo: 2BG would be better if they have the girls leaving the restaurant. The Asian guy was problematic because earlier during the season, the writing team poked at his race. But by the end of the season, they’ve been kinder towards him, like poking fun at his height.

Amy: See, I feel bad for Asian guys because everyone thinks they’re all nerdy Asian men who are supposed to make people laugh or, worse, be laughed at. While Asian women (or any minority women) have been made sex symbols to be desired by white men.
Rodrigo: And non-good looking Asian women made to be nerdy, right?
Amy: So while we’ve had Tina on Glee and Dr. Park in House M.D. for some nerdy girls. Shows for like some hot type Asian men weren’t good.
Rodrigo: Jenna Ushkowitz looks f*ckable. Glee mostly follows The CW rule: not casting ugly people. Almost.
Amy: Jenna is fine. Charlyne Yi and Keiko Agena are fine. They’re all great, so it’s a tiny bit better for women than it is for minority men. Having said that… I miss Lucy Liu so much. Hahahaha. Just an aside. xD
Rodrigo: She guested on Southland, but she’s starring on Elementary (the CBS show about Sherlock Holmes) next week.
Amy: Daniel Henney, Daniel Wu, even Leehom Wang – all hot Asian-American men that deserve a chance.
Rodrigo: I lol’d with that scene were a criminal had a Lucy Liu tattoo.
Amy: I saw her on Southland, it was dramatically hilarious as my mother and I were reminded of my cousin, haha. I lol’d when she was in a pissy mood and gave some dude parked a ticket just ’cause. 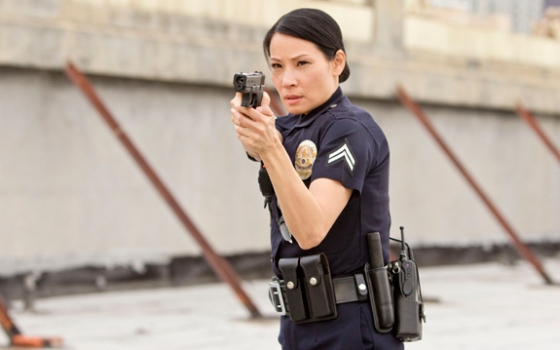 Rodrigo: She should have been nominated for guest star at the Emmys, but she got ignored. On the other hand, Martha Plimpton won for guesting on The Good Wife.
Amy: Ohhh so that’s where the Emmy Warner commercial comes from haha. That’s probably a consolation price for not givin her lead comedy, no? xD
Rodrigo: I still would have put Plimpton on the Lead Actress race instead of Lena Dunham (Girls) or Zooey Deschanel. By the way, I find it funny how Warner Channel LA hypes Melissa McCarthy, Jim Parsons and Jon Cryer by showing a marathon of their shows. Yet, the episodes they got nominated for won’t be screened at that moment. LOL.
Amy: Hahahaha, that doesn’t surprise me though. It’s like TNT showing a Oscar marathon for an actor, and not showing their best work but their three latest movies.
Rodrigo: Hahaha. That’s Latin America for you.

What do think about Gangman Style? Do you like it or not?

Do you think PSY will become more than just a one-hit wonder?