As a region-free publication with writers living all over the world, you can imagine the sheer variety of films our staff manages to see over a calendar year. This was certainly the case in 2011. When we pooled our brains, we came up with almost fifty films released in 2011 that were near and dear to our hearts. However, there were a handful of films that were beloved by several of us. Thus, we present to you YAM Magazine’s Top15 Films of 2011. 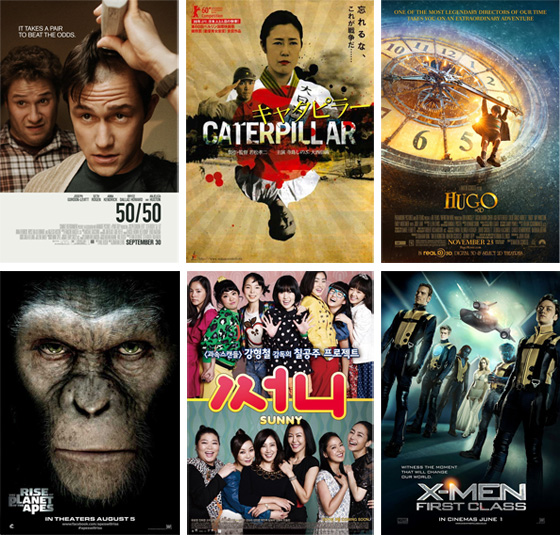 The bottom of our Top15 films of 2011 shows just how broad of a variety the YAM Magazine team covers. From the ever-present American indie, to surprise Hollywood blockbusters, Korean nostalgia chick flicks, fantasy family adventures and bleak post-war minimalist Japanese dramas. You bet we got them all.