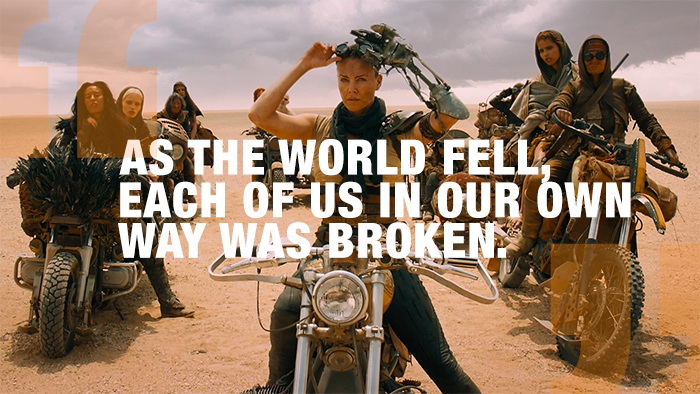 No one saw this one coming, except maybe Mad Max fans… who didn’t get pissed off.

In Fury Road, George Miller presented a master class in the control of chaos, infusing the tiring action/sci-fi/post-apocalyptic movie genre with much needed fresh air and pizzazz, as Imperator Furiosa — a cold-headed as she was ferocious Charlize Theron — sets her plan into motion on an adrenaline pumped race for freedom, survival and redemption.

No other franchise will get as many nerds as excited about reckless driving than this one! Witness me!! 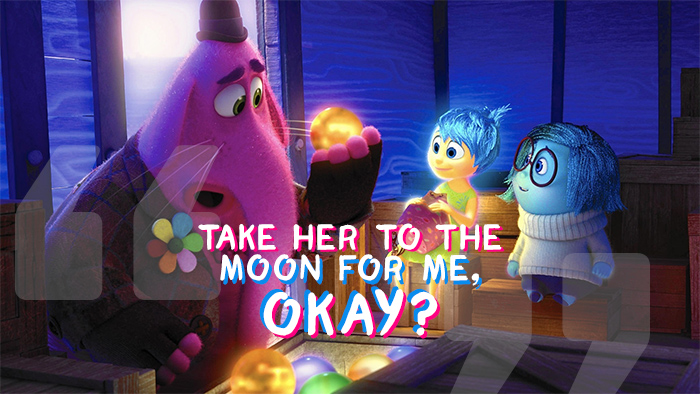 Disney’s most complex animated film of all-time explores how the human mind works, in particular the mind of a little girl who’s on the verge of becoming a teenager. The way emotions clash and interact not only makes up for a very engaging, funny, insightful and gripping film, but it also makes you realize that the emotions of joy and sadness aren’t mental rivals, but cohabitants.

Highly recommendable to watch for anyone, regardless of age. Why? Because Inside Out exists within the head of a child, and it taps into most (if not all) of the emotions that most of its audience has felt, is currently feeling or will feel very soon.

What are your favorite films of the year so far?