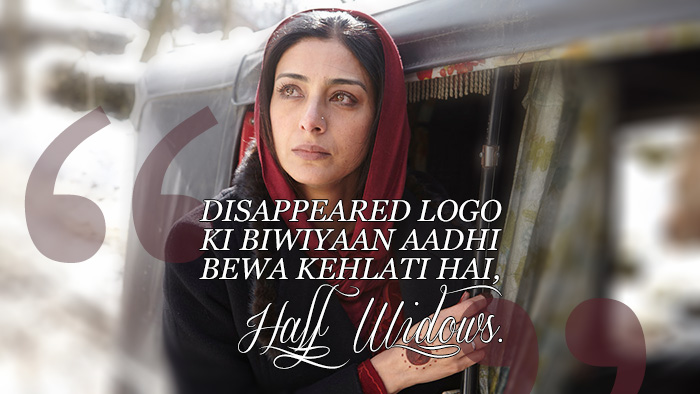 The wives of disappeared people are called ‘half-widows’ here.

The Indian adaptation of Hamlet put together the trifecta of Vishal-Gulzar-Tabu back together since the release of Maqbool, another adaptation of Shakespeare’s work, almost ten years back. In Vishal Bhardwaj’s Haider, he puts the character of Gertrude front and center to basically show the conflict of a mother fearing for her son’s life during the highly volatile Kashmir region of the 90s.

Vishal’s version of Gertrude is so fleshed out as a character that it leaves the page and becomes its own- Tabu’s own, Ghazala. She’s crazy manipulative, of course, but you could see all she wanted was something better for her son. 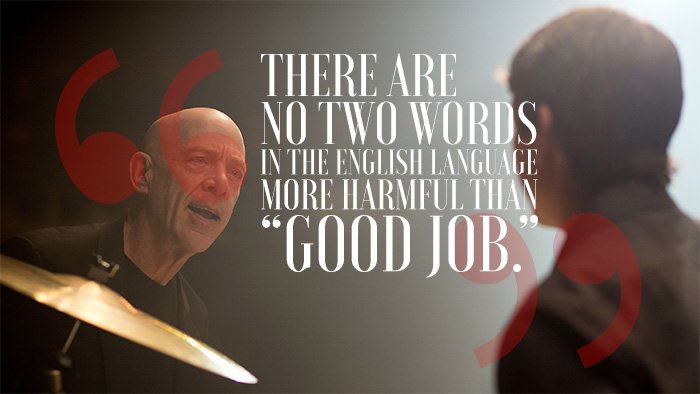 Is a chance at genius worth not just blood, sweat, and tears; but alienation and abuse as well? Does Fletcher (played in an iconic performance by J.K. Simmons) know that he’s distorting a Charlie Parker anecdote, or does he believe his own lie?

Whiplash is as intense as its leading characters, presenting two intertwined tales of all-consuming obsession. Parker himself might have said “there’s no boundary line to art,” but audiences can’t help but watch with rapt attention as both Fletcher and the young drummer Andrew (Miles Teller) cross from artistic rigor to personal ruin.

Did your favorite make the cut? We were extremely surprised at the amount of animated films that made our Top30— five in total, that’s a bit over 16% of the list. Some surprising drop-outs, like The LEGO Movie, which dropped from the Top5 to nothing. While films like Whiplash trumped all to reign supreme after just making our Top20 last time.

Please, look forward to our list of Top Films of 2015 that’s coming up next month.