While the year has seen plenty of brilliant new women — Elizabeth Olsen, Felicity Jones, Brit Marling and Rooney Mara are amongst the most notable — one woman stands above the rest, and that woman is Jessica Chastain. 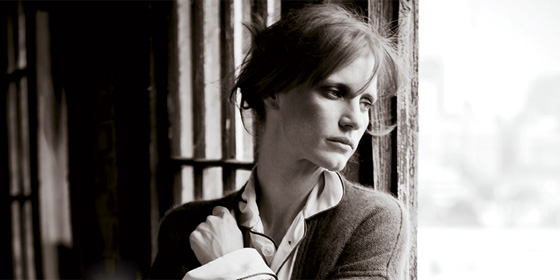 Even though she had already made appearances in films before (see: Jolene & Stolen), no one had really seen much of her until this year. Starting off with a bang, Chastain performed ever so gracefully in Terrence Malick’s The Tree of Life. Most people would find a performance like that alone to be just enough for one year, but that wasn’t the end for her! 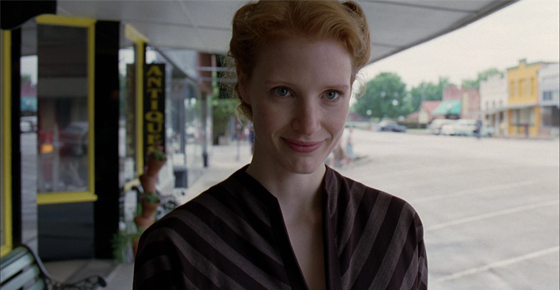 When it comes to her 2011 film credits, she can proudly say that she has been featured in six feature films. Her performances in Take Shelter and The Help have been critically acclaimed, her work in The Debt was surprisingly overlooked, and even though she was barely in it, Chastain still shines in the less than pleasant film Texas Killing Fields.

Plus, even if she gets stuck in a bad movie, she’s still really pretty to look at. Hell, even with a giant scar on her face throughout The Debt, I never took my eyes off of her when she was on screen.

As for things that we should all be looking forward to with Jessica Chastain, many people still haven’t had a chance to see the two other films that were slated for 2011: Coriolanus and Wilde Salome. When it comes to 2012, we’re most excited to see her in one of Malick’s upcoming projects (rumored to be named The Burial), in John Hillcoat’s crime drama Wettest Country, and in Andres Muschietti’s horror film Mamá.

I bet you can’t find too many people who can build up a filmography as impressive as hers so quickly! As Mindy Kaling tweeted earlier this year, “It’s the era of Jessica Chastain and we’re just living in it.”

So who’s the man of the year? Find out on the next page!