Why I Love Korean Cinema 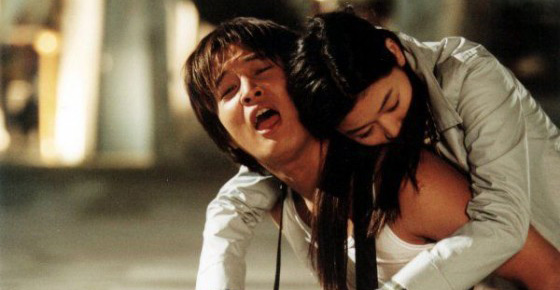 It’s the Korean Film Blogathon by newkoreancinema.com! For a week we shall talk about Korean cinema, all about the movies, the actors and the directors. It’s a week of Korean extravaganza and who better than me to talk about it? *laughs*.

Well, jokes aside, there is something about Korean cinema that really intrigues me and here is my chance to talk about it! I’m a rookie when it comes to it. I was introduced to it at the 2009 Stockholm Film Festival with the movie Mother (2009) by Joon-Ho Bong. To say that I was taken through a ride with the film is an understatement. It was an experience, all right.

Before seeing Mother I had just experienced Korean music and drama. I had, therefore, seen how censured those two can be, so I wasn’t expecting much. Then I saw Thirst (2009) by Chan-Wook Park and I had to throw all my prejudices about Korean cinema out the movie theatre. After seeing those two movies, I really started to pay attention.

When the festival was over, I started to watch all I could get my hands on, as long as it was Korean. Soon after the festival, I saw The King and the Clown (2005) by Jun-Ik Lee and A Frozen Flower (2008) by Ha Yu. Those movies are intense. It made me realize that Korean cinema is something to be admired. Of course, I watched some light movies as well: My Sassy Girl (2001) by Jae-Young Kwak, Jenny, Juno by Ho-Jun Kim (2005, with cutie-pie Hye-sung Kim), and Baby & Me (2008) by Jin-Young Kim (with personal favorite Seuk Geun Jang).

Oh! One I can’t fail to mention is The Good, the Bad, the Weird (2008) by Min-Suk Kim. I have seen that movie at least ten times by now. However, those are just a small amount of all the Korean movies I have seen during these three years. The list is so much longer! Those movies made me thirst for Korean cinema in a way that is quite unhealthy today. I tend to stay up way too late watching them on my laptop.

It was no surprise that during the 2010 Stockholm Film Festival, I was on the look out for more of it. I was lucky this year because they showed five of them, a line-up I wasn’t able to see in its entirety. I only got the chance to see I Saw The Devil (2010) by JiWoon Kim, and I kind of wished I didn’t. Not that the movie is bad, it’s just that some of the scenes are still in my mind. A good thriller, yet a very graphic one.

My plan for this week’s Korean Film Blogathon was to watch the movies I missed at last year’s Stockholm Film Festival. All in all, four movies that I wanted to watch and review, which I had issues finding a copy with subtitles of. So if anyone knows where I can get my hands on Mother is a Whore (2010) by Sang-Woo Lee, All About My Father (2010) by SangWoo Lee/Hun Kim and Kyung Hee Hwang and Bedevilled (2010) by Cheol-Soo Jang (which looks to be a very dark movie) I’d appreciate it.

Hahaha (2010) by Sang-soo Hong was already reviewed by Amy, so it only needs watching! And I might write something about my favorite Korean actors while am at it. I’m just happy to have a legit reason to spam Korean stuff all over YAM! I bet Amy isn’t as happy!