Nowadays, it’s so easy to get access to a broad variety of films… there’s definitely better accessibility to LGBT films now. How was growing up with no internet connections and having a more difficult access to LGBT films?

It is difficult to gather LGBT films in Korea. There are one or two features, and less than ten shorts produced in a year. There is still prejudice for LGBT people in South Korea because it is a conservative society. We can’t discuss things like same-sex marriage, and we haven’t established a prohibition on discrimination.

I am not sure about the view about Korea from outside, but actually South Korea is underdeveloped on LGBT issues.

All your shorts, until now, have centered on the lives of gay men, your latest feature film called Two Weddings and a Funeral centers on a gay and a lesbian couple. How different is it to write about a lesbian couple?

As a gay man it is not hard to deal with gay life in the film. Besides I am rarely a coming–out-gay in Korea, so there was no fear. However, it is hard to talk about lesbians even if I have so many lesbian friends. I should treat those parts more carefully as a gay male. Fortunately, my lesbian friends who watched my film said “good,” but I am still frightened to give a look at the lesbian scenes.

Can you tell us more about what to expect from Two Weddings and a Funeral?

Two Weddings and a Funeral is really a pleasant film in Korea. Normally, LGBT films are dark and depressing.Through this film I hope that various LGBT films could be produced in Korea.

Compared to the LGBT movie scene in Taiwan, Japan, and Hong Kong, South Korea’s seems to lack the quantity of projects that contain any LGBT characters, despite the increase in status of Korean Cinema worldwide. Do you expect the number of LGBT film projects to increase in the coming years?

Yes, I do. It is true that LGBT films made in Korea are few. It shows the reality of Korean society. However, like you said, I believe the number of LGBT films will increase gradually.

Korean society will be more open and advance. I have a bright outlook for Korea’s LGBT films. I took the role of executive director in the Seoul LGBT Film Festival from 2011, and I am focusing this festival to be more future-oriented.

Also, I have established a production company called Rainbow Factory, which is to produce and import only LGBT films. 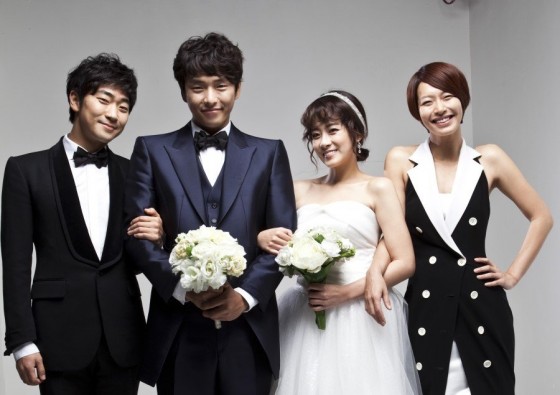