Having recently watched Leaving Las Vegas and being left with a haunting aftertaste. Would the movie be as affecting if the roles were reversed? I was suddenly reminded of The Hawkeye Initiative [1], and though I don’t pride myself in my drawing abilities, I do like to play with Photoshop. 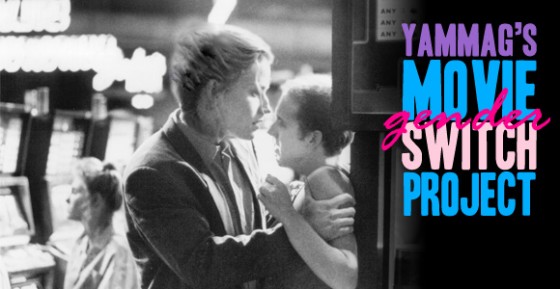 So what IF Leaving Las Vegas was about a Hollywood female writer with an alcohol problem who decides to ditch her whole life (after her husband takes away her child — oh, no. That would be a totally different movie, no?), and heads to Las Vegas to drink her life away. What IF she encounters a male prostitute with whom she strikes a romance/friendship with.

I’m uncertain if I would re-cast the roles with other actors, but let’s just assume they’re the same.

Same plot points would apply, of course- Elisabeth Shue’s drunk ex-writer would ask Nicolas Cage’s young prostitute to never ask her to get help, and her path to an alcohol death would go on as planned. On the first night they go to her cheap motel, having paid a steep price for his services, Cage’s character comments that for that sum he’d even let her do it from behind — with all that would entail. After a fleeting connection between both their loneliness, Nicolas Cage’s character goes down on her. Nothing graphic, just a head on a crotch shot as would be in the original bobbing up and down scene in the film. Would that already entail a NC-17 rating instead of the R rating it got?

Would Nic Cage be as appealing as a male prostitute with a heart of gold?

He does kinda look good in the manipulation above.

The point of this is…?

What you do once you pick your film:

You can blog this (and link back so we know you’ve blogged this), you can comment below, you can do a Facebook note about it. Anything goes. 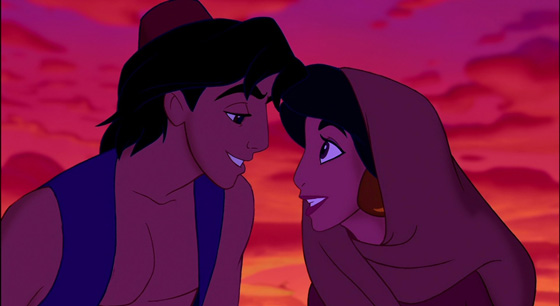 Sorry, I couldn’t figure out how to funny-Photoshop this one.

Now that Disney is so intent in switching genders for their movies because boys can’t connect with princesses movies (See Tangled and Frozen [1]). What IF Aladdin had been about a poor girl who meets the prince, believing him to be nothing but a street rat. Upon discovery that he is the prince who rebels against his father the Sultan because he wants to be free to do whatever he pleases and love whoever he wants, the poor Jasmine deems herself not worthy, only to discover that she is the chosen one to get into the Cave of Wonders and discover the magic lamp.

When she rubs the magic lamp and is freed from the Cave of Wonders, she asks the Genie to make her a princess (with kingdom and father included) so that she can pose as being one more princess being betrothed by one of their fathers’ kingdoms. Of course, Jafar’s plans wouldn’t be to marry the Sultan’s son, DUH! But Jafar would be more politically evil and manage a magical coup, almost assassinating the prince, and Jasmine would be left to save the day.

I can appreciate the finer points in Mulan by now.

No date limits. This will be on-going.