The Milk of Sorrow & Peruvian Cinema 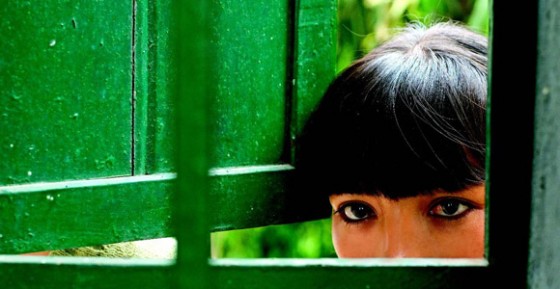 Claudia Llosa’s sophomore feature about Fausta, a young woman trying to find enough money to bury her mother, who after many years of grieving has passed on. Some 25 years ago, Fausta’s mother was raped by terrorists, and as a result passed the traumatic experience to her now fearful daughter.

La Teta Asustada, or “the scared tit” as it’s literally translated, is a shift in the right direction for Peruvian cinema, which has experienced a recent new-found popularity, and possible change in thematic elements. Not all films fit into this, but many of them are certainly pointing towards this direction. This time around Llosa, along with Solier’s work, present an almost – keyword, “almost” — poetic and subtle story that has not been seen in many Peruvian feature films.

Internationally, however, it falls shorts of my expectations. Is it the film’s fault? Not really, but this doesn’t stop me from stating my thoughts — “what’s the fuzz about it?” Yes, it was a pretty good film… but the best? I’ll leave that up to you once you get the chance to watch it. If you’re not Peruvian, you might find it oddly exotic – unless you’ve lived a few years in a developing country. I even felt a little like a foreigner during the seldom Quechua chants, but that’s as refreshing as it got with it’s Peruvian humor, socio-economic commentary, and drama.

What Peruvian cinema suffers from is, perhaps, on “The Tit” title itself. People I’ve discussed with are often quick to point out their dislike of the film’s original name, which you can even perceive by the re-branding of the film as The Milk of Sorrow instead. Does the word “tit” bring into the theater the wrong kind of crowd? Would it push away people? Is the dislike of the word coming from the impossibility to name things for their original name?

Is Peruvian culture (Latin American and Spanish cultures, might as well include them) full of vulgarity?

Or are we just prudish? 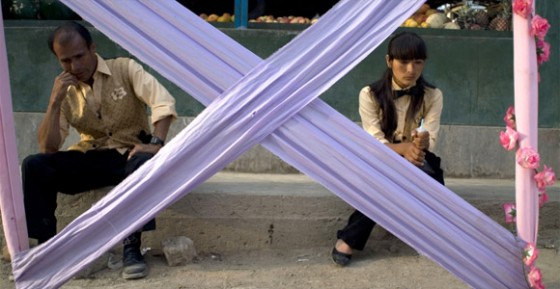 Take, for example, a movie like Chicha tu Madre, which is a play on words for “concha tu madre”, an insult meaning “motherf*cker”, or literally translated as “pussy your mother” — I know, doesn’t make any sense. However, does it make you laugh? Or do you think it’s disgusting? Choosing a name for a film might be just a marketing device, but what happens when the swear words form 85% of your dialogue? Do we talk like that? It happens, but not as often as these films make it out to be. And that’s what takes aways from all these projects.

Claudia Llosa, however, finds a certain balance to her dialogue. Her characters sound less cartoonish and less stereotypical yet remain familiar enough with its “criollismo” Let’sface it, it’s impossible to escape the idea of stereotypical representation if you don’t want your characters to feel like aliens in their own world.

The film is a small step for Peruvian cinema, but a huge leap for Peruvian female directors whom, as cinencuentro.com points out, are simmering their ideas and pushing forward with what seems a future explosion of female directed projects — in a medium dominated by men worldwide. We’ll have to wait for those.