Kids, keep away! These animated flicks aren’t for you.

I love animation, all types of them. Hand-drawn, CGI, stop-motion, mixed media — anything is game for me in terms of style and genre. Hayao Miyazaki has the amazing talent to give us some of the most beloved animated films for children or grown-ups. My favorites are My Neighbor Totoro (となりのトトロ), Spirited Away (千と千尋の神隠し), Nausicaa of the Valley of the Wind (風の谷のナウシカ), and Princess Mononoke (もののけ姫). Though, I tend to think that the latter is geared towards adults a lot more.

This is what’s amazing about it, we don’t think about animated films as solely for children. Japanese animated films touch upon some very heavy-handed topics that are not very suitable for little kids. The mind-bending Paprika is just one simple example of that. 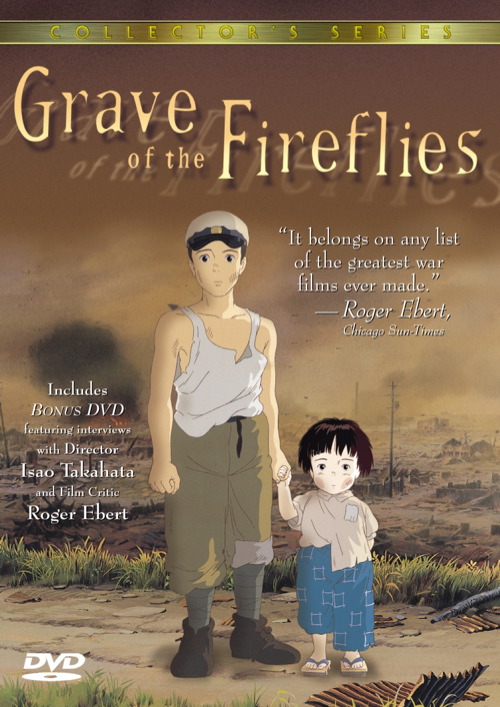 My favorite animated film, and the only one on my Top10 of favorite films, is Grave of the Fireflies (火垂るの墓). When I saw that DVD cover of Seita and Tetsuko holding hands, there was a natural calling for me. This was way before I had gotten into “the Asian thing,” and without knowing any details about what this movie was about, I bought it and watched it at home where I was reduced to a puddle of tears.

I had never in my life seen such a heart-wrenching animated film. The human emotions displayed there were something that was even hard to find in live action movies! How people could even dare to call Grave of the Fireflies a “cartoon” was beyond my comprehension.

Though the film isn’t too graphic on anything, I don’t think any parent would be crazy enough to let their little kids watch the film, unless they would want to create some emotional issues in the child. To fully understand what the film is about and all its implications, you would probably need to be in your late-teens at least.

Note 1: Anything in Satoshi Kon’s filmography is animation done for grown-ups, that’s for sure.

Other animated films for grown-ups: Colorful (カラフル), Tekkonkinkreet (鉄コン筋クリート), Metropolis (メトロポリス), and anything that has to do with Neon Genesis Evangelion (新世紀エヴァンゲリオン).