We are on the third part of my Japanese entertainment journey of a series on the Banana views on Asian entertainment. From very early on, I was exposed to quite a bit of Japanese programming on television, and it seems like it’s the one that has influenced me the most throughout the years.

As you know, all this Asian fever started out because of that one Jdrama, that one movie and that one actress. Being fully introduced to Japanese cinema through a master like Shunji Iwai creates some unbelievable expectations for Japanese film that, sometimes, they’re not able to meet… but oftentimes, they do.

My favorite Japanese film directors, outside of Shunji Iwai and Hayao Miyazaki, of course, are two very distinct men who couldn’t be more different from each other: Hirokazu Kore-eda and Tetsuya Nakashima. 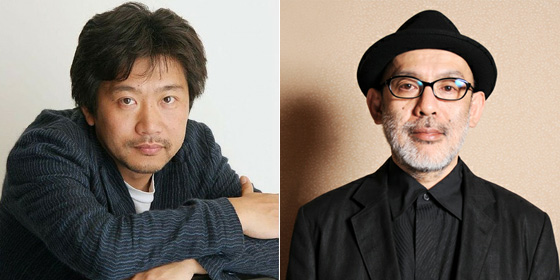 While Kore-eda is minimalistic in his film technique, with subdued colors, delicate use of music showing quiet simple moments of life like in Aruitemo, Aruitemo (歩いても 歩いても), Tetsuya Nakashima’s filmmaking style is a beautiful attack on the senses. Bold color saturation, loud music and dynamic editing are Nakashima’s staples better employed in masterpieces like Memories of Matsuko (嫌われ松子の一生), which has quickly climbed up my list of favorite movies.

The reason I love Japanese cinema is probably explained with my liking of these two very opposing takes on film. Sometimes they can be about nothing at all, yet hold so much meaning or be so entertaining. Some other times they can be so bizarrely good that “they can only be Japanese films.”