The Age of Stupid and the Future of Film Distribution 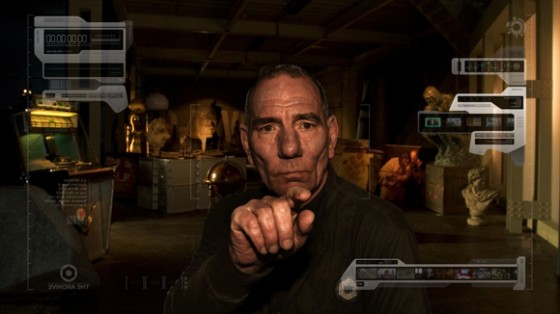 The Age of Stupid is the new cinema documentary from the Director of McLibel and the Producer of the Oscar-winning One Day In September. This enormously ambitious drama-documentary-animation hybrid stars Oscar-nominated Pete Postlethwaite as an old man living in the devastated world of 2055, watching “archive” footage from 2008 and asking: why didn’twe stop climate change while we had the chance?

Set to be released in September this year in the United States, the film opened in March in the UK. What is
so important about yet another environmental documentary? Sure, it was named Best Green Documentary
by the Sheffield Awards and the Sunny Side of the Doc – they also even named the film as the Most Likely to Succeed Theatrically. However, what really stands out is the way Spanner Films has decided to try and distribute the film.

IndieScreenings.net is a website that allows you to “hire” a film, show it, and keep the cash. But if you are on the other side of the business, it allows you to get the film you’ve made and let people around the world screen it. The details are still a little bit murky since they just launched for The Age of Stupid. But they are planning to expand their independent film line-up in the coming months, which is something exciting for any independent (and any non-distributed) film lover.

As an example, you can book The Age of Stupid (after September for international showings) by getting a screening license from the website, and paying by credit card. The fee you’ll have to pay is calculated by the Indie Screenings software according to who you are, where you plan to screen, how many people will watch, and other factors. Three days before your screening date, you will get a high-quality screening DVD. This disc must be returned a few days after your show… if you lose it, there’s a fine.

I had toyed with the idea of global (mostly digital) film distribution for some time, so the idea of Indie Screenings delights me… except for one tiny thing, and that’s release dates. If we are indeed looking at the future of film distribution, why not get rid of regional and international release dates already? After all, big companies are doing world premiere events more often than years ago. In fact, all big franchise films are almost required to world premiere. So why not Indie Screenings?

If it is a thing with Spanner Films and The Age of Stupid, then independent (and foreign) cinema has gained a great ally in the battlefield of worldwide distribution.