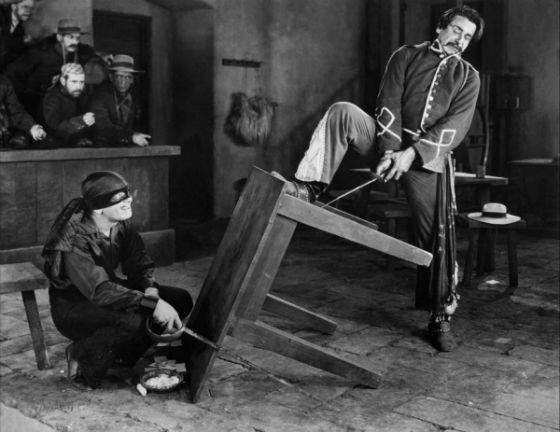 The final day of this year’s San Francisco Silent Film Festival concluded yesterday with a 10am screening of Douglas Fairbanks in 1920’s The Mark of Zorro. This is one of my favorites and seeing it on the big screen and being able to laugh with an audience was quite wonderful.

The film was introduced by Fairbanks biographer Jeffrey Vance, who mentioned the film was the inspiration for Bob Kane when he invented Batman. He also encouraged the audience to laugh, boo and hiss, saying, however, that you should, “laugh with Fairbanks, not at him. If you’re laughing at him you are not in on the joke. He is already several leaps and jumps ahead of you.“

Apparently a few of Fairbanks’ grandchildren and great-grandchildren were in attendance. It must be amazing to watch a film featuring your grandfather with an audience laughing and really getting into it 90 years after it was originally released. There’s nothing quite like seeing little children (and there were many in the audience) enjoying the swashbuckling antics of an actor of such immense talent, despite the lack of sound or the fact that the film is in black and white. It gave me hope for the next generation.

Dennis James accompanied the film on the Mighty Wulitzer. 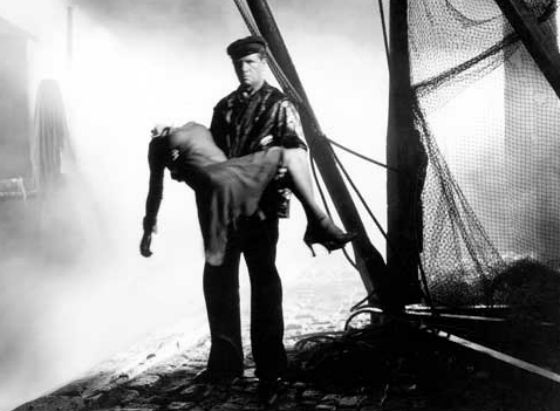 The second film was a film I tried desperately to get as many people as I knew to come to; while the audience was pretty full. I’m not sure I managed to convince anyone to come. That is their loss.

The film was introduced by the Czar of Noir himself, Eddie Muller, who called the film “Von Sternberg’s first great film.” While I would argue that Underworld the year before is also a great film, I do agree that The Docks of New York was the first film in which Sternberg’s lush visual style fully took shape.

Stars George Brancroft, Betty Compson and Olga Baclanova were incredible together and Donald Sosin’s score on the piano created just the right musical atmosphere to compliment that visual atmosphere Von Sternberg had created. I must admit, when I first saw this film it felt mostly like a weepy, yet slightly uplifting romantic drama, but upon watching it with an audience I discovered a whole other layer of comedy in the film that had escaped me when I watched it all alone.

This is precisely why films should be watching in theaters and with audiences whenever possible. 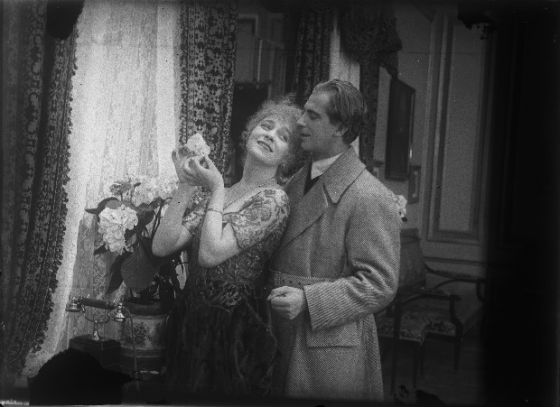 Apparently a few years back the festival played another film called Erotikon, but according to Dan Aronson, founder of festival sponsor Fandor, who introduced the film, that is a completely different film.

This film, directed by Mauritz Stiller and made in Sweden in 1920, is a drawing-room comedy of manners and can be seen as an influence of films like Jean Renoir’s The Rules of the Game. As an experiment, since the subtitles were in Swedish, instead of projecting translations like they’d done with foreign films earlier during the festival, board member Frank Buxton read them.

His line delivery made the film even funnier than it already was. The only problem with his narration, not even taking into account those in the audience who had benefitted from the sign language support the festival offered during every introduction, was that occasionally the score, as performed by the Matti Bye Ensemble, swelled so loud that it drowned out Buxton’s voice.

Regardless, this film was a real treat. 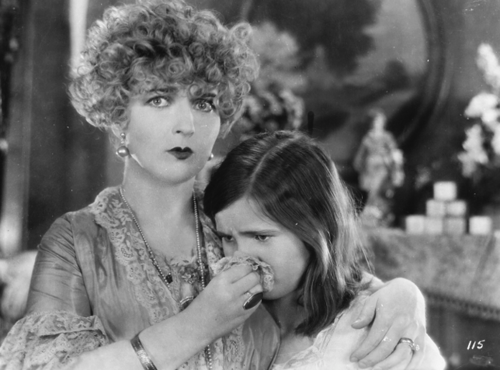 While I am a big fan of Barbara Stanwyck and her performance in 1937’s Stella Dallas is phenomenal, I think I more enjoyed this 1925 version even more. Star Belle Bennett emotes so much without ever uttering a word and brought to life one of the great female roles of all time flawlessly.

The film was introduced by Eddie Muller, who claimed Stella Dallas bares a striking resemblance to his mother and that either version of this film is the only film that utterly destroys him. Also introducing the film was Stephen Horne, who also accompanied it on piano and flute. Horne had apparently first seen the film when he played a private showing for Kevin Brownlow and the now late Betsy Blair (Marty), whose aunt had been actress Lois Moran (who plays Stella’s daughter Laurel).

Horne then did a very charming (and very British) interpretation of Marlon Brando in On The Waterfront, saying he’d been going “Stellllla” to the festival, asking them to bring it. I’m glad they finally did because the film truly is a masterpiece of silent melodrama, also featuring a great performance from Ronald Colman, whose stardom rose immensely after the advent of sound.

This is a film I highly recommend you seek out and watch, especially if you are a fan of the Stanwyck version. 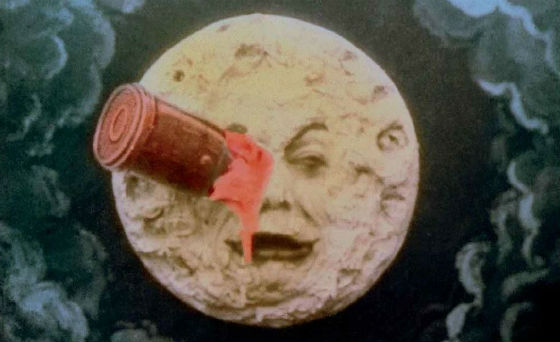 Preceding the final presentation of the night was a special screening of the newly restored and hand tinted by Lobster Films of George Méliès’ A Trip To The Moon. What an amazing experience seeing that film, which is exactly 100 years old, on the big screen and with an audience as it had always been intended to be seen. Paul McGann returned to read the English narration that Méliès had written for the film and Stephen Horne accompanied the film on piano. 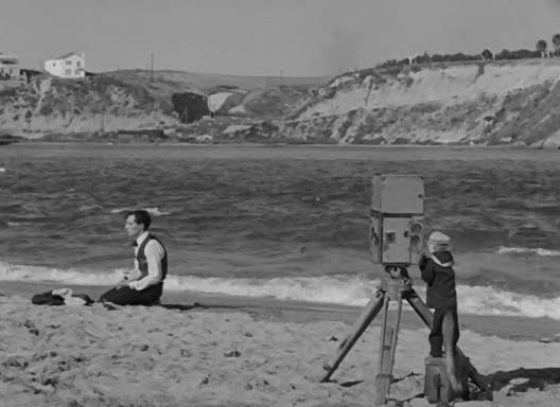 The closing film of the festival, and arguably Buster Keaton’s last great film, was 1928’s The Camerman. The film was introduced  by Frank Buxton and Leonard Maltin, both of whom had the fortunate opportunity to meet Keaton while he was still alive.

Before the film began Fandor passed out one of their Buster Keaton head fan/masks to everyone in the audience and took a photograph of the entire theater as Buster Keaton. Clearly this was the greatest photograph ever taken. This is the third time I’ve seen a Buster Keaton film with an audience, and I must say if you ever get the chance just do it. He is great when you’re by yourself, but his comic genius really shines the brightest when 1,400 people are all laughing and awing and reveling in it simultaneously.

The film was accompanied by the Mont Alto Motion Picture Orchestra, whose traditional score served to accentuate the romance and thrills of the film perfectly. After seeing both a Douglas Fairbanks and Buster Keaton film in one day, I am in just so much awe with their athleticism. I dare you to watch their films and not be impressed with their stuntwork.

Immediately after the film ended, I began to get post-festival depression, which someday will be a medically recognized condition. I did, however, get to meet and thank Stephen Horne for his amazing work (I still don’t know how he plays the flute and the piano at the same time), members of the Mont Alto Motion Picture Orchestra and actor Paul McGann, who told me this was his first trip to San Francisco and now he wants to live here.

Although this year’s festival had its fair share of logistic and technical kinks, the San Francisco Silent Film Festival continues to be the ultimate place for silent film fans and newbies alike.

With sold-out shows most nights, it seems the public’s interest, new found love and admiration for these masters of cinema will only continue to thrive and with new websites like festival sponsor Fandor offering hundreds of films from the era streaming, perhaps a whole new generation will help keep it alive for years to come.