The 17th annual San Francisco Silent Film Festival opened last night at the city’s historic Castro Theatre. This year’s festival began its four-day run with a showing of the newly restored classic war film, Wings. The film played to a nearly sold out house (the theatre seats around 1,400 people), as silent films fans gathered in the hallowed movie palace. 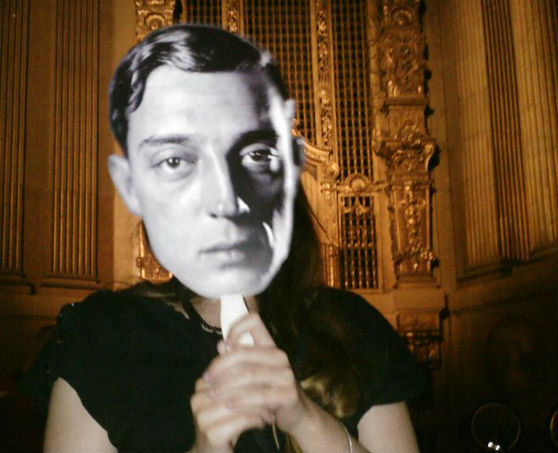 One of the festival’s sponsors this year, Fandor, handed out Buster Keaton fans/masks, which made this Buster Keaton fan pretty darn happy. Waiting for the festival to begin I met up with fellow bloggers and silent film aficionados Trevor of A Modern Musketeer (who made his way here from the great state of Kansas, just like Keaton himself!), Lara of Backlots, Phil from Phil’s Film Adventures and Lincoln from BayFlicks. There’s really nothing like chatting about Clara Bow and Buster Keaton with a bunch of film fanatics in a historic movie palace; trust me on this, I’m an expert. 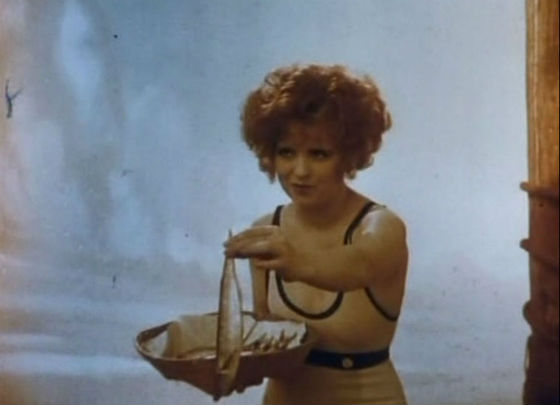 Speaking of Clara Bow, before the first  screening the audience was treated with the recently discovered and soon-to-be restored clip of Clara Bow in color from the lost film Red Hair. This was the same clip that was shown at the TCM Film Festival earlier this year, but with the added pleasure of a live piano accompaniment.

Before the screening of Wings, festival president and film preservationist Robert Bryne addressed the audience, thanking them for their continued support in the festival’s mission to keep the legacy of the silent era alive. He also introduced the Mont Alto Motion Picture Orchestra, who provided live accompaniment for the film, as well as Academy Award-winning sound designer Ben Burtt who, along with several members of his family and a few others, provided live foley sound effects. 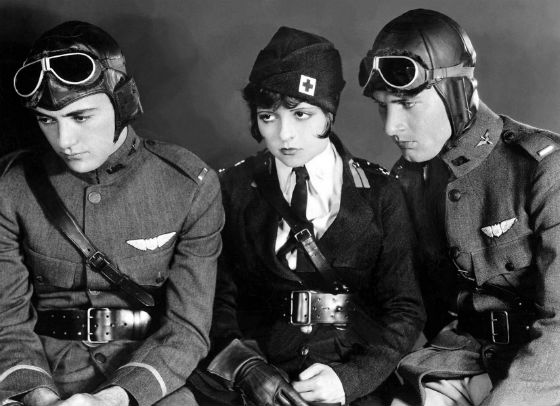 Wings originally had a budget of $1 million dollars (this is in the 1920s, remember!) and a shooting schedule of four months – all of which eventually ballooned to $2 million dollars (arguably making it the most expensive film ever made) and a shooting schedule of  seven months (Wellman and director of photography Harry Perry pioneered aviation photography). President of the United States Calvin Coolidge loaned the production $16 million dollars worth of equipment and men. All of which led to Wings becoming one of the most successful films ever produced in Hollywood, culminating in it becoming the very first winner of the Academy Award for Best Picture. Wellman concluded his introduction by saying he felt the film was, “The Star Wars of its time.”

This newly restored print of Wings is absolutely stunning and the score provided by the Mont Alto Motion Picture Orchestra is not to be missed. The live foley presentation was definitely something else. There was a battle scene towards the middle of the film where the orchestra stopped playing, and for about five minutes the foley sound effects of planes crashing and shooting and flying was all you could hear. I must admit, at first it was a little distracting from the motion picture, but once you got used to it, it was fine. Regardless, the live accompaniment and live score made this presentation of Wings a spectacle not to be missed.

The San Francisco Silent Film Festival continues over the next three days at the Castro Theatre. For more information on the festival, including a full line-up and ticketing information be sure to check out the festival’s website: www.silentfilm.org.