The 16th Annual San Francisco Silent Film Festival began last night at the historic Castro Theatre. As the theater began to fill up big band music resonated throughout the vast movie palace and a slide show about John Ford and his influences on film was projected on the screen. If you looked closely you could see film historian and critic Leonard Maltin talking with fellow film historian and preservationist Kevin Brownlow. Truly a cinephile’s dream.

The first film featured was a short one-reeler from 1918 called Why Husbands Flirt. The comedy was one of 75 American films considered lost that were discovered at a film archive in New Zealand in 2010. The preservation of the print was remarkable and the humor timeless. 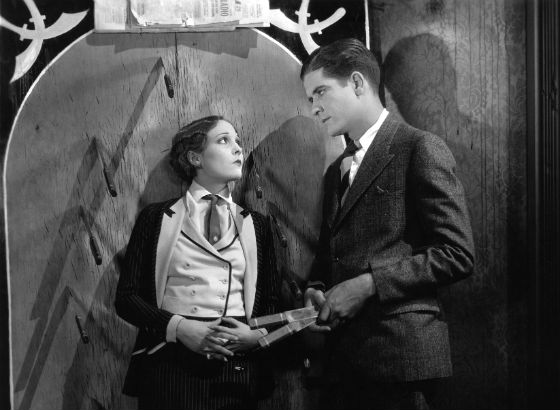 The first feature film presented was legendary American director John Ford’s 1927 comedy Upstream, another of those 75 rediscovered lost films. The film was introduced by film preservationists from both the Academy of Motion Picture Arts and Sciences and 20th Century Fox. The preservation of the film was completed at the Peter Jackson-owned post-production company Park Road Post in New Zealand.

The decision was made to preserve the film as it looks now on the original nitrate, and not to enhance it to look as it would have in 1927. The result is quite the experience — there are parts of the print that are overexposed and lots of static. But it serves to remind us how lucky we are to have this film once again, rather than detract from the film’s beauty.

Set in a theatrical boarding house, Upstream is a comedy filled with artistic inside jokes, colorful characters and hilarious inter-title dialogue. Last night’s presentation was beautifully accompanied by the Donald Sosin Ensemble. There really is nothing like seeing a silent film with live accompaniment. 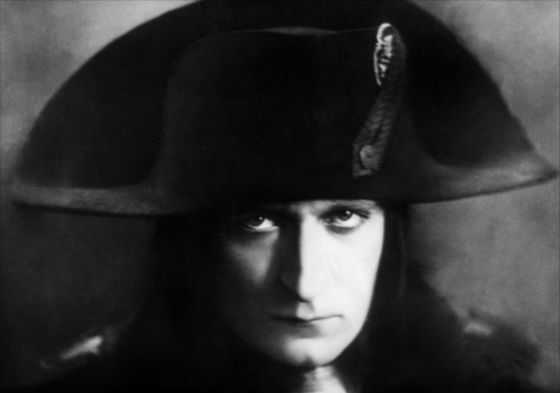 In between the two features, the organizers of the festival announced that the world premiere of film historian/preservationist Kevin Brownlow’s restoration of Abel Gance’s silent epic Napoleon will be this March at Oakland’s Paramount Theater. This will also be the North American premiere of composer Carl Davis’ score. The film will play for four days only, March 24, 25, 31 and April 1. This is going to be a once in a lifetime experience, so much so that in his comments about the event Brownlow said he “orders [us] to go.” More information on the event can be found here.

Following the big announcement, festival goers had the choice of either heading to San Francisco’s historic McRoskey Mattress Company for a rooftop party or a screening of F. W. Murnau’s Sunrise: A Song of Two Humans. The film was presented with the world premiere of Giovanni Spinelli’s new score — composed and conducted on a solo electric guitar. In her introduction to the film, composer and artist Jill Tracy joked that they were going to “lock the doors” and that “all the purists were at the party.” 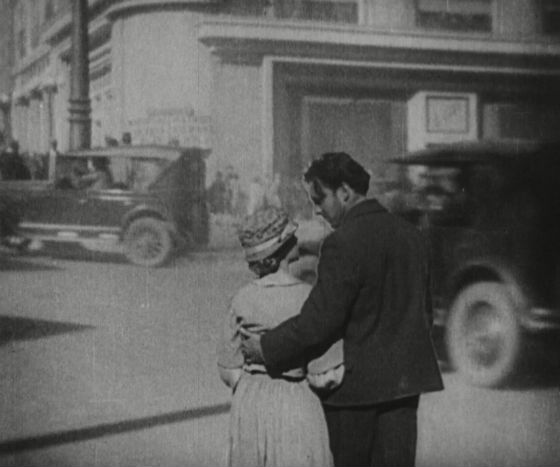 Made towards the end of the silent era, Sunrise is widely considered one of the greatest films produced during that, or any era. It states at the beginning that it is “of no place and everyplace; you might hear it anywhere at any time.” Those words are as true now as they were 84 years ago; this is truly a timeless film, full of passion and raw human emotions.

At first, Spinelli’s electric guitar score was a little jarring juxtaposed with Murnau’s gentle style, but as the film progressed the score began to blend so seamlessly with the images it was like they were one and the same. It was like being at a rock concert while watching this amazing piece of cinema. I know that sounds odd, but it worked. It really worked. A truly one-of-a-kind experience. There’s no word yet as to whether the film will ever get a DVD release with this score attached, but I’m not sure it would be the same if it weren’t played live by Spinelli himself.

The San Francisco Silent Film Festival continues over the next three days at the Castro Theatre. For more information on the festival, including a full line-up and ticketing information be sure to check out the festival’s website: www.silentfilm.org.