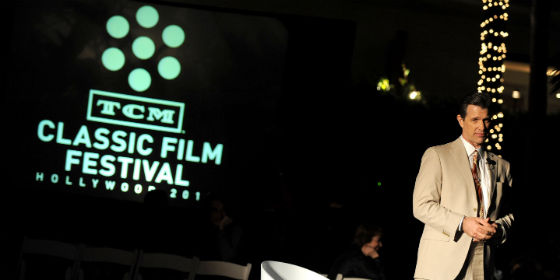 YAM: What do you think of film preservation? Do you think it’s important?
Chris Isaak: Yes, because I hate the idea that we lose any kind of old films just because it’s old. To me, my favorite films happen to be mostly old films.

YAM: Do you have a favorite old director?
CI: Gee, you know, I have to say I love so many, it’s hard for me to… like Billy Wilder. Everything he does is genius. And, um, I’m trying to think, who did, um, there’s too many.
YAM: I agree.
CI: I’m a bigger film fan than I think people would realize.

YAM: Do you have a favorite? If you had to pick one, could you?
CI: I can’t pick one, but I love A Face in the Crowd.
YAM: With Andy Griffith.
CI: Andy Griffith. That’s the best performance of an actor I’ve seen. It just seems to me flawless, just how it looks. Plus I have a crush on his leading lady, Patricia Neal. I love smart women, strong characters and she’s strong and smart. That’s just a great on.

YAM: Have you seen The Subject Was Roses?
CI: Yes. Dark.
YAM: And early Martin Sheen. I also want to say I love your hairdo.
CI: Thanks. I’m introducing an Elvis Presley movie later tonight, so it goes with film. Mary Ann Mobley’s going to be there. Miss America 1959.