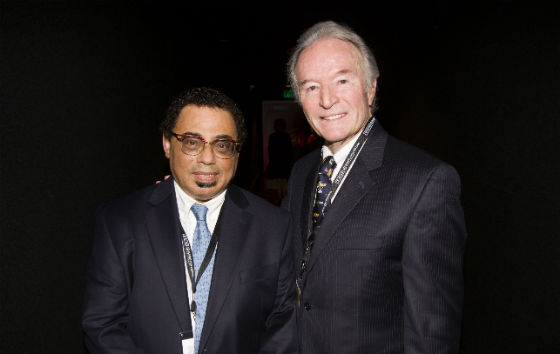 Last year we talked about Safe in Hell, because that’s my favorite Wellman, and now they are showing it tonight. They showed it a few months ago in San Francisco, so this will be my second time seeing on the big screen. How many times do you think you’ve seen it on the big screen?

William Wellman Jr.: I’ve seen it a number of times. I just took a look at it again recently because I haven’t seen it since I did the documentary on my father. I enjoy it. It’s such a crazy film.

Have you seen it with an audience?

WWJ: Tonight we will be talking about two of the main characters in the picture that people have long forgotten: Clarence Muse and Nina Mae McKinney.

Is she the singing hotel owner?

WWJ: Yes and I looked at – I have all my father’s scripts from 1935 on – and there’s nothing about any singing in the sit. My father said, “Have McKinney sing.” He did that for her, I guess.

WWJ: He really liked strong women, attractive, independent women. That was like his mother. It’s funny because at Warner Brothers between 1930 and 1933, they kept giving him these women in trouble stories and at first he liked it, but then he got tired of it because they’re all floozies and prostitutes and madames and gun molls and he got a little tired of it because he liked to do every kind of film. Safe in Hell was the one of the first one of those that he did, but Safe in Hell is a little different because not only is it a woman in trouble, it’s a woman causing all the trouble.