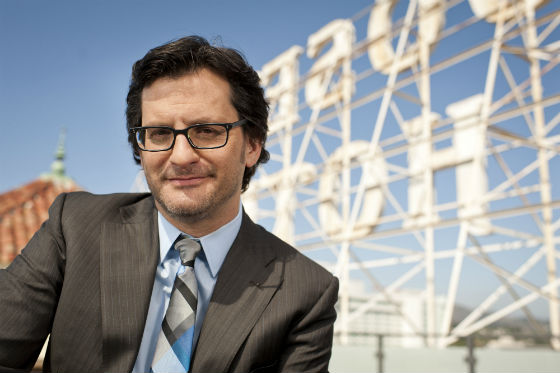 What’s your favorite part of the film festival?

Ben Mankiewicz: I always feel like I give an answer that sounds like the answer I rehearsed, um, it’s true. By far, by far it is interacting with the fans. Like just walking across the street and hanging out at Club TCM. It is just incredibly rewarding.

When you shoot the stuff that we shoot in a sort of sterile studio environment and then the opportunity to talk to actual people and meet people to whom the network means something. I say this a lot, I am a huge sports fan and I watch a lot of ESPN. I watch AMC, I watch Mad Men and Breaking Bad. There’s some great television. I watch some great stuff on FX and HBO. But I don’t think anybody feels that they ought to be protecting that network. I don’t think fans of ESPN feel like they are guardians of ESPN. And you just meet our fans again and again and again and they feel like it’s sort of their responsibility to watch over this network and therefore to make sure that we’re watching over the network appropriately. I just think it’s unique in television. I don’t think there’s anything else like it.

There’s a visceral response that people feel about these movies and toward Robert [Osborne] and me. That’s just a way of saying sort of thank you for protecting this thing that they treasure and that means so much to them. So I think it is great and I like it best by far. 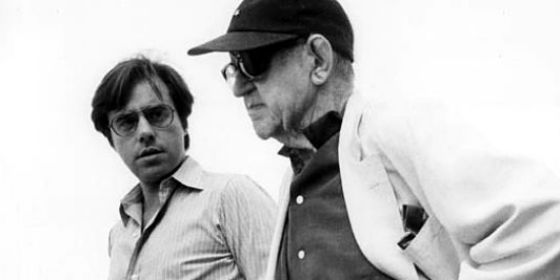 Can you tell us a little bit about the stars you interview?

BM: There are some that I am oddly intimidated by. I wasn’t that nervous for Peter O’Toole.  I don’t mean to say, like, whatever Peter O’Toole. I was just really prepared. But like, this year on the Road to Hollywood, before I met Peter Bogdanovich I was really nervous. I was calling guys who work here and saying, “Give me some little tidbit of information that will make me feel superior.” Then I meet him, we had drinks the night before we did the talk and I got an email from him yesterday. We’re like telling John Ford jokes now.

I was talking yesterday, doing an interview yesterday and felt like an idiot for saying it. I was doing a promo for us and I think that, like, Tippi Hedren and Eva Marie Saint and Angie Dickinson and Ernest Borgnine, I think they’re my friends. I hear from them and I go to dinner. And it’s awesome. It’s ridiculous. It’s so stupid and I can’t… I don’t know what they see in me. 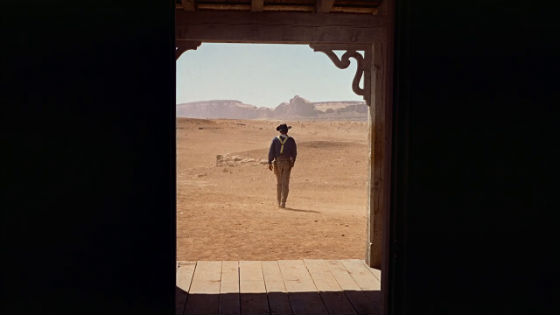 BM: You know, we were shooting that promo yesterday and it just depends on the day. Like right now, because I met Bogdanovich and I talked to Bogdanovich about John Ford and he told me so many stories about Ford. Bogdanovich has this amazing  recall of every conversation that he’s ever had that I’ve never seen before. And the guy namedrops in a way that’s not namedropping because he’s about to give you some relevant piece of information. He’s not like, “I was at a party with John Ford….”  He says, “John Ford once told me to always cut on movement.” That’s not namedropping.

So I was not a huge John Ford fan. I didn’t dislike him, I’m not an idiot. So I, with Bogdanovich’s words in my head, I watched his director’s commentary on The Searchers, then I watched The Searchers. Like today, it might be first. Like all of a sudden everything changed. This movie made me really uncomfortable when I saw it, which I think it makes a lot of people pretty uncomfortable.

But then you understand it and you understand what Ford meant to do and now all these times I said in an intro in the last eight and a half years, which is true, that not a lot of people consider John Wayne a great actor. But now I could challenge that because that’s as good a performance as you can have in that movie. He’s phenomenal. So right now, today, it’s The Searchers. But that literally would have been a different answer a week ago.