I had a friend that wanted me to tell you that the promo image you did for the newest Wolf Man prior to the film coming out was the scariest thing she had ever seen.
RB: [laughs]

And that was all she needed to want to see that movie.
RB: Good. 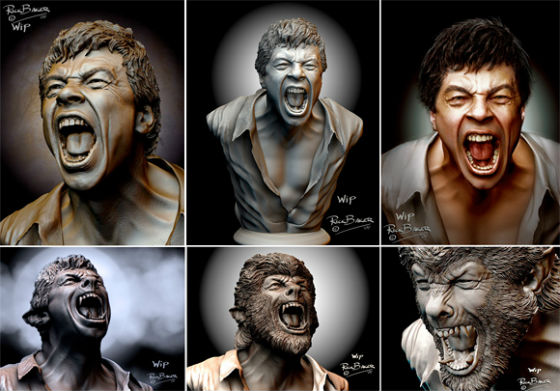 She said she’d never been more terrified than by what you did to Benicio Del Toro.
RB: The funny thing was, you know, they are always trying to keep it a secret and everything, but the problem is it’s so hard these days. Everyone’s got a camera and their phone. They were so worried that a bad picture was going to be the first thing people saw, so they decided let’s actually do a photo shoot and take good pictures and release it before somebody sends out a bad picture. And it looked cool. [laughs]

It worked. It was a terrifying photo. How different was that from werewolves thirty years earlier?
RB: I kind of went backward in the techniques that I used on that. The original Wolf Man was one of the films that was one of the reasons I do what I do and I purposefully wanted to go old school with my makeup techniques on that.

It was kind of more of an old school horror film anyways, you know, so I did very much what Jack Pierce did. It was a lot of loose hair – yak hair – that was hand glued onto his face. I used foam rubber still, and I used silicon a lot, but I felt foam suited this makeup better. For me it wasn’t all about using the most modern techniques. It was more paying an homage to the old school techniques.

Is The Wolf Man your favorite of these Universal horrors or do you have one that is special?
RB: Frankenstein is more my favorite. 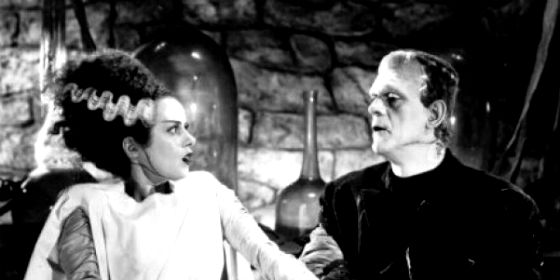 Elsa Lanchester and Boris Karloff in Bride of Frankenstein